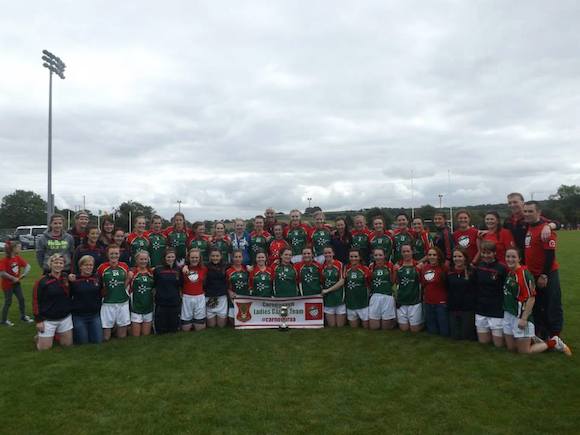 CARNDONAGH’S Ladies are through to the Ulster Ladies Junior final after a sensational semi-final win at Pairc Uí Dochairtaigh today.

It was just as tight at the start of the second half, Treasa Doherty scoring again to extend the margin to three points.

But the Monaghan junior champions levelled through a goal.

The Carndonagh ladies are made of sterner stuff and scored two goals themselves, Anita Doherty banging home the first three-pointer before Treasa Doherty added a second.

Aghnamullan could find now way back as Carn turned on the style and sealed out the win.

It was a sensational result for the Donegal Junior Champions, even more incredible when you think they are in just their second season together.

Termon in the Seniors and Four Masters in the Intermediate play Sunday….hoping for a treble line-up of Ulster Ladies Final.