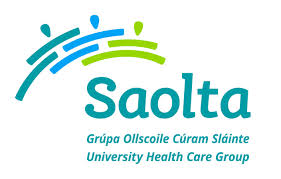 REVEALED: HOW HSE ARE SPENDING €500,000 ON RE-BRANDING HOSPITAL

This brand cost €24,000 with much more being spent rolling it out to new signs

HEALTH bosses have splashed out an astonishing HALF A MILLION EURO on a public relations rebranding of Letterkenny Hospital and the group.

The West/North West Hospital Group is being renamed ‘Saolta’.

Galway Deputy Noel Grealish has hit out at the HSE for paying consultants €24,000 – just for the new brand.

He has tabled a question with the Health Minister in the Dail requesting details of the decision making process and full costings.

“I estimate the wider rollout of the new identity from Donegal to Galway could cost in the region of €500,000,” he said.

Brand identity consultants BFK were selected to rename the group following a tendering process which got underway in January.

“It’s a ludicrous plan and the regional health forum was never even consulted,” he said.