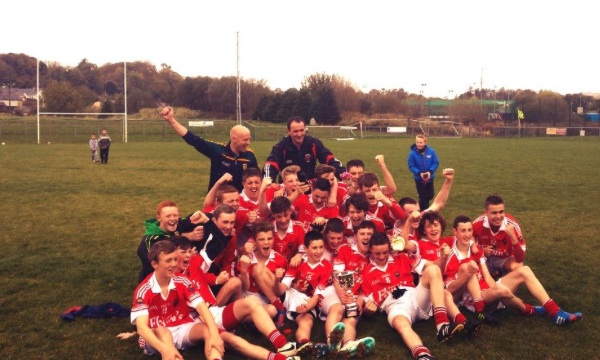 ST Michael’s U16s boys are celebrating after being crowned Division One Champions today.

Odhran McFadden was the hero as the Dunfanaghy/Creeslough side edged the clash with St Eunan’s by just a single point.

The sides had been level at four points each at half-time as both sides struggled to adapt to the strong breeze in Milford.

When St Eunan’s rattle home a goal into the second half to take a two point lead, it looked as though they could go on and win it.

But their next score never came.

Instead young McFadden scored three points in a row to give Michael’s a 0-09 to 1-05 lead.

St Eunan’s – who had beaten the same team 0-11 to 0-06 in the northern final – pressed for an equaliser but couldn’t get past the blanket defence.

It was a determined display from both teams, with little doubt after the game that the future of football in the county looks good with players from both sides surely contenders for minor and senior honours in the future.