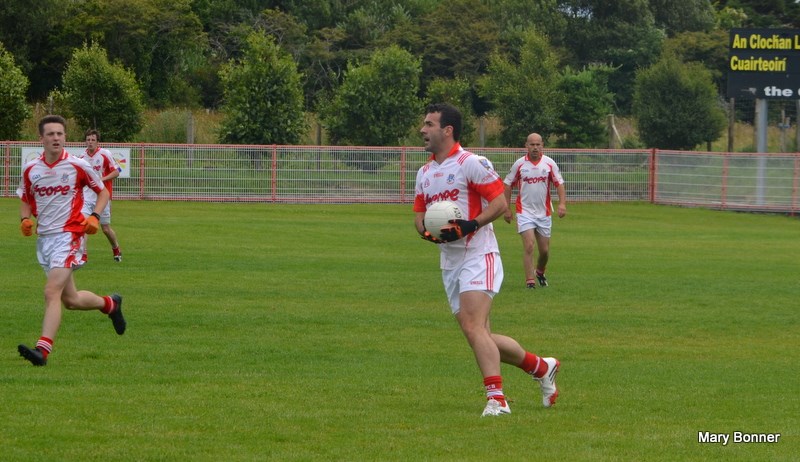 A late wonder-goal from Donal Rodgers sent Dungloe reserves into the championship semi-final.

Dungloe midfielder Donal Rodgers scored a late wonder-strike to send Dungloe reserves through to the semi-final of the championship.

Glenties led by two points as the clock ticked towards the final whistle, but brilliant play from Ryan Greene created the opportunity and he laid to ball to Rodgers who expertly dispatched his effort.

Rodgers was outstanding throughout, and he showed brilliant composure to blast the ball into the top corner past the helpless Glenties keeper.

It was a brilliant game of football, that ebbed and flowed throughout, and the and large crowd in attendance got their money’s worth.

In an era of blanket defences and defensive tactics the norm, it was refreshing to see two teams go head-to-head with each other in an old fashioned type game which resulted in a high scoring contest.

Brendan McGarvey and Ryan Greene also found the net for Dungloe, but Dungloe had good performances all over the pitch with Robert Wehrley, Jamie Sweeney and James Boyle impressing for Dungloe.

While the introduction of Mark Boyle just before half-time also boosted Dessie Gallagher’s side.

Naomh Conaill played their part in what was an enthralling contest, with a number of their players performing well throughout the match.

But it was the match winner Donal Rodgers who was the difference between the sides, and the popular dark haired lothario will be the toast of Dungloe tonight.