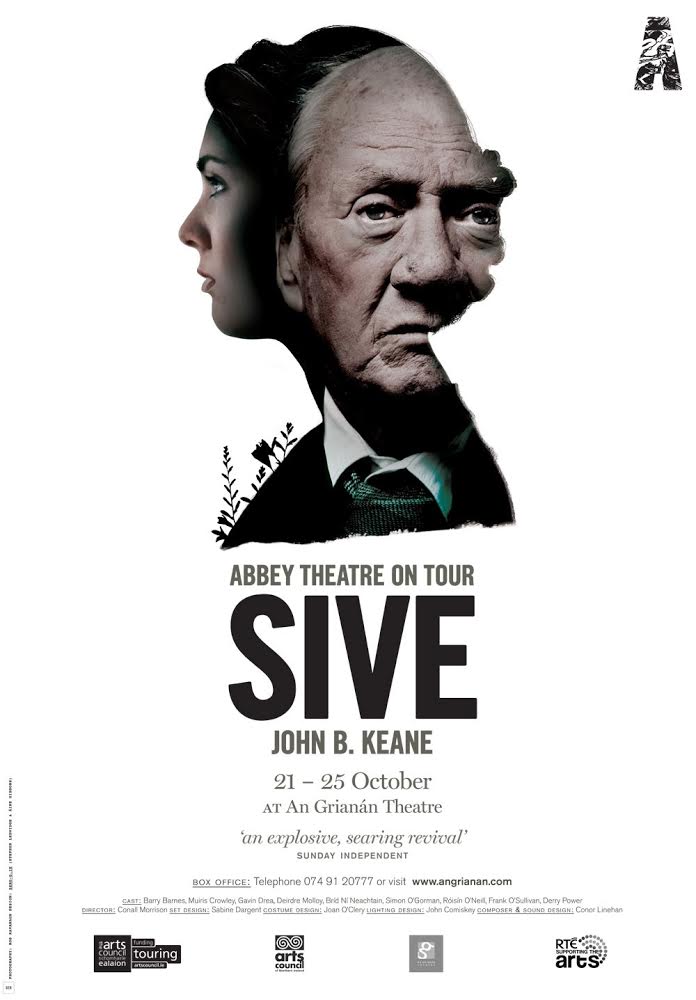 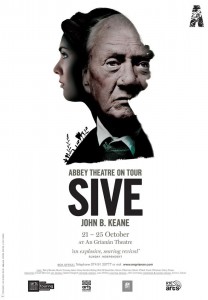 The Abbey Theatre production of John B. Keane’s Sive comes to An Grianan Theatre tomorrow night.

A dark story of greed, passion and land, this gripping new production by director Conall Morrison was enjoyed by over 30,000 people during a sell out run at the Abbey Theatre.

Now Sive returns for a major All Ireland tour.

Beautiful young Sive lives with her aunt and uncle in rural Kerry. Seán Dóta, an elderly farmer, offers the local match-maker Thomasheen Seán Rua, a large sum for her hand in marriage.

Will this be too much for her aunt and uncle to resist?

When the play opened in Walsh’s Ballroom in Listowel on 2 February 1959, The Kerryman reported: “Sive was greeted with unprecedented enthusiasm. The house was full and the doors were locked half an hour before the curtain went up.”

The Abbey Theatre has also provided a resource pack, with help and advice from the Keane family, which gives a background to the play including interviews and discussion notes.

It can be found at http://www.abbeytheatre.ie/resources/abbeysive/contents.htm

ABBEY PRODUCTION OF JOHN B KEANE’S ‘SIVE’ COMES TO AN GRIANAN THEATRE was last modified: October 19th, 2014 by John2
Tags:
An griananJohn B. Keane's Sive