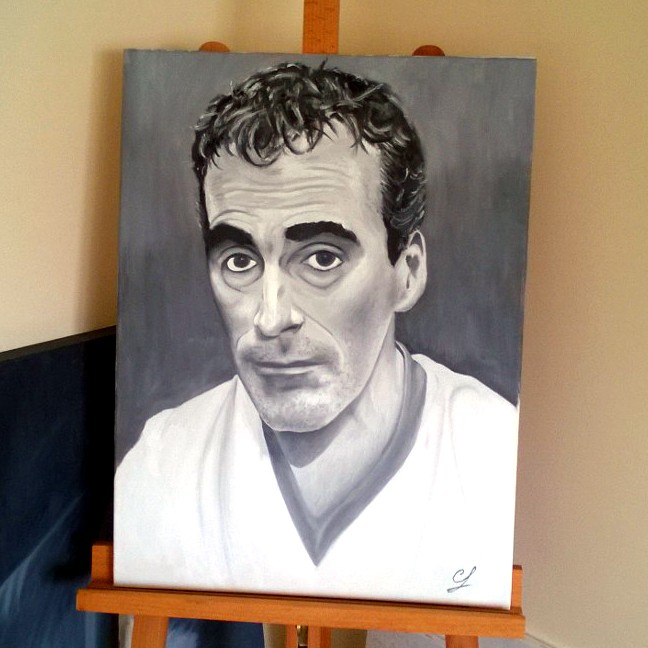 This amazing oil painting by Colin Farrell (Not the Hollywood film-star) has received wonderful plaudits after being unveiled earlier this week.

Letterkenny based artist Colin Farrell, produced the painting as a tribute to the former Donegal manager who departed from the Donegal job a fortnight ago.

McGuinness is a much revered figure in Donegal following his hugely successful tenure as manager.

McGuinness was the county’s most successful ever manager, landing three Ulster titles, and one All-Ireland in an incredible four-year period.

Colin painted the wonderful picture above of McGuinness, as a tribute to the impact the charismatic Glenties man has had on the whole county since taking over the Donegal GAA Senior team in 2010.

Colin is employed as a graphic designer with Letterkenny based business 3-D Issue, but as you can see from the painting above is a supremely talented artist.

Originally from Dublin, Farrell’s been a resident of Letterkenny for the best part of a decade now, and is an adopted Donegal man as you can see with his tribute painting to the great man that is Jimmy McGuinness!