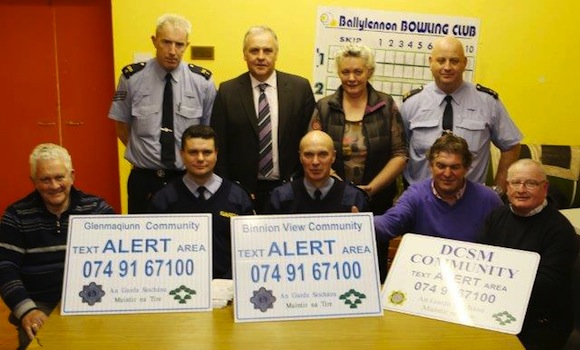 Over one hundred residents from the three Community Alert Groups in Raphoe and St Johnston last night attended the launch of the local text alert scheme at Ballylennon Church Hall. 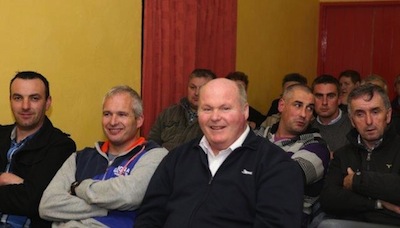 Superintendent Finnan said that it was great to see the three groups working closely together and that this could only benefit the whole area.

He also said that it was time for the Garda to build relationships in the local communities.

He said that the benefits of Community Alert schemes was evident in recent weeks as the alertness of individuals played a major role in the arrest of suspects in several serious crimes. Also addressing the meeting were Sgt Paul Wallace, area crime prevention officer and Vanessa Clarke of Muintir Na Tire.