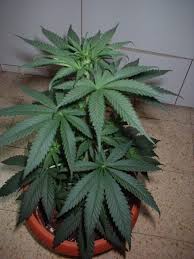 DRUG GROW HOUSE MAN TOLD: ‘YOU’RE A BIT LONG IN THE TOOTH TO BE DOING THIS’

A JUDGE has reprimanded a 53-year-old man who was attempting to start a cannabis grow house in his house in Donegal.

Inspector David Murphy told Carndonagh District Court that the cannabis – worth around €700 – was found during a Garda search of Gillespie’s home at Carrowkeel, Quigleys Point on September 17.

A defence solicitor said the 53-year-old is a highly intelligent academic and language translator.

“This was essentially a bit if curiosity to him. It wasn’t a successful operation as evidenced by the dead plants,” said the lawyer.

Judge Kelly told the defendant: “You’re a bit long in the tooth for this sort of operation Mr Gillespie.”