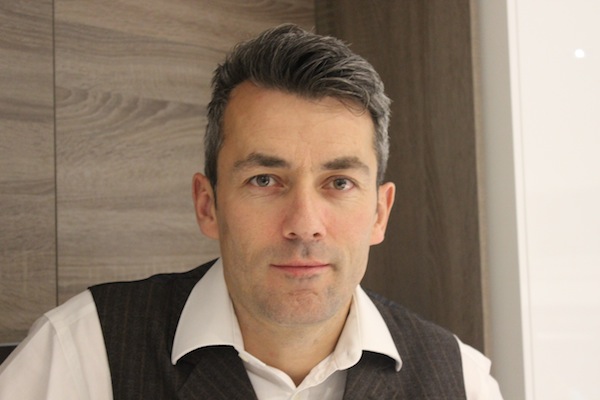 A DOT com entrepreneur wants to turn a Donegal island into a miniature Silicon Valley and have his business headquarters there.

Neil Gallagher wants to bring his company to Arranmore Island.

London-based businessman Neil Gallagher has his sights set on Arranmore Island for his company HQ.

But the trouble is there’s no proper broadband there, meaning his dream is on hold for the moment.

The 43 year old dad-of-three grew up on the island and his family still runs a popular bar there.

But Neil wants to run a business of a different kind on Arranmore – a creative technology company, Caped Koala Studios, that will catapult the island onto the gaming map.

“If it can be done in Finland, which is right at the edge of Europe, by the likes of Rovio and Supercell, then there’s absolutely no reason why it can’t be done on Arranmore,” Neil said.

Supercell was started up in Finland in 2010 and within a year the gaming studio was worth more than $3 billion. Likewise, Rovio – the company behind the phenomenon that is Angry Birds, also had humble beginnings there.

The difference between Finland and a place like Arranmore, according to Neil, is just a matter of proper broadband.

“Arranmore would be perfect for Caped Koala,” said Neil. “Donegal Airport is only 15 minutes away from the port and you can get a flight to Dublin in half an hour. If you had a decent broadband connection you would have everything you need.

“Arranmore has a really educated population and in fact a number of islanders have already worked for me on Pora Ora, which is what we’re launching in November and showcasing at the Web Summit.

“I’ve had talented maths graduates, coding experts and teachers from Arranmore help me make Pora Ora into what it is today and I think the young people there at the moment would definitely have a lot to offer Caped Koala or any other technology company that would be attracted to Arranmore if the proper infrastructure were in place.”

Pora Ora – a series of interconnected games and apps designed for children between five and 12 – is already being used in primary schools across the globe.

Tailored to the national curriculum, it helps children learn in an entertaining and engaging way – teaching everything from times tables to spellings and geography. It’s also been translated into Irish by Foras na Gaeilge.

Neil dreamed up the idea for Pora Ora whilst visiting Arranmore after building a family home there. And last year he sold his profitable company, Sentaca UK, to fund his dream.

His three children, Niamh (11) Darragh (10) and Sean (8) were already in school and Neil was amazed that the way they were learning various subjects hadn’t changed at all since when he was learning the same lessons in primary school.

“They were bored. Children these days are used to different technologies and I found it crazy that nothing had changed since God knows when. I wanted to inject a bit of fun into learning and I think Pora Ora does that.”

Tests have shown that children using Pora Ora in the classroom for an hour a week for six weeks improved their speed and accuracy in times tables by an average of over 30 per cent compared to a control class who didn’t use it at all. Some children’s scores improved by 100 per cent.

Arranmore is currently serviced by the formal national broadband scheme operated by 3, and the island’s community services programme manager, Seamus Bonner described it as completely unsatisfactory. He revealed that three companies have indicated to him that they will open an office on Arranmore if proper broadband is put in place.

Seamus said: “We have received confirmation from Eircom that they don’t intend to upgrade our exchange because it’s not economically viable for them to do so. The 3 service is slow and unreliable and we have no wired services available.”

He added: “Nearly €18 million for rural broadband was reallocated under the Rural Development Programme this year as the Department said it was not required. We need a fibre to the home solution to sort the issue out once and for all. Wireless is not sufficient.

“Pat Rabbitte announced a new scheme during the summer that promises to deliver fibre to rural areas. We need clarity on when it will be delivered as they are saying 2016. Islands need to be at the top of the queue as they have the most to gain for jobs, healthcare, government services and education.”

“Broadband is now as basic an infrastructure as water and electricity. Many other services will depend on having a proper high speed connection available. We need a minimum of 100MB.

He continued: “Companies like Caped Koala will make a huge contribution to the future of the island by adding to the local economy, providing highly skilled jobs for young people and stopping the brain drain which is contributing to our huge depopulation problem.”

* Neil Gallagher will be one of the exhibitors at next week’s Web Summit in Dublin where the world’s brightest techies will gather in their thousands next week.