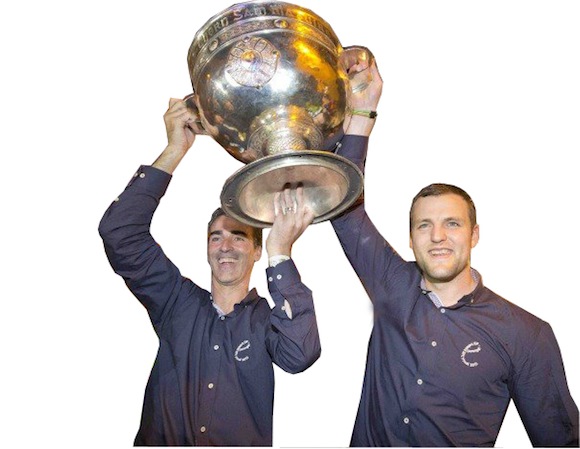 MURPHY – “DONEGAL HAVE TO MAINTAIN THEIR HIGH STANDARDS”

The Donegal county board have yet to appoint a successor to McGuinness who overseen the most successful period in the history of Donegal GAA.

Murphy reckons whoever is appointed to succeed McGuinness will have the full backing of the players, and said they must maintain the high standards which were set by McGuinness.

Murphy told The Irish Independent, “It’s up to us as players to really row in behind whoever is going to be manager.

” It doesn’t really matter who it is. That is all we can do as players. Whoever comes in, I’m sure they will do a good job.

This Sunday, Murphy has a chance to win his third Donegal SFC title with his club Glenswilly, but that game may now be in doubt.

Glenswilly may be forced to have a replay with Naomh Conaill following an incident involving Ciaran Bonner.

Murphy has also been named as captain of the Ireland International Rules team for their forthcoming series in Australia next month.

MURPHY – “DONEGAL HAVE TO MAINTAIN THEIR HIGH STANDARDS” was last modified: October 29th, 2014 by Mark Forker