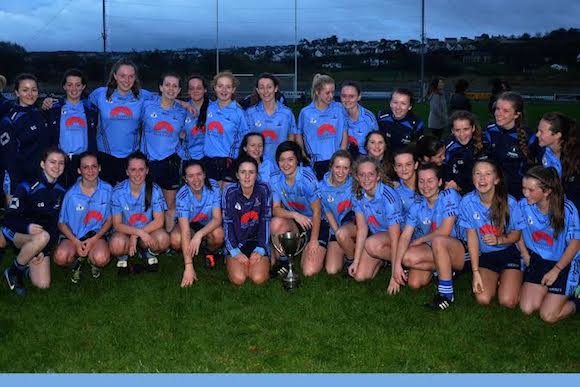 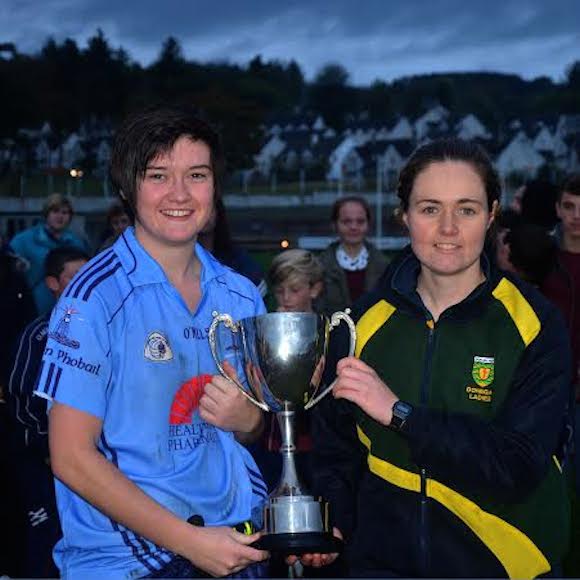 DONEGAL Ladies Football is alive, well and blossoming after today’s County Minor Final between Moville and Termon at O’Donnell Park.

It was the Foylesiders who retained the trophy.

But the grit and determination shown by Termon in the game as they tried to fight back added to a wonderful spectacle in front of a good crowd in Letterkenny.

Moville were always going to be favourites and were well ahead at the break 4-09 to 0-06.

But to be fair to Termon they piled on the pressure and but for some wides, could have closed the gap further at the start of the second half. They did hit three goals and could have had a fourth from the penalty spot.

However every time Termon hit a score, the Moville girls seemed to raise their game to a new level and would go up the other end of the field to record a score of their own and one or two more.

The final score was 6-21 to 3-11. Moville captain Kathy McLaughlin, one of the county’s best full forwards and player of the match, collected the winning trophy from county secretary Siobhan Coyle.

At a time when many gaelic football fans are bemoaning the slide of the men’s game, this was an advertisement of the game at its best. Played by teenage girls at the highest level.