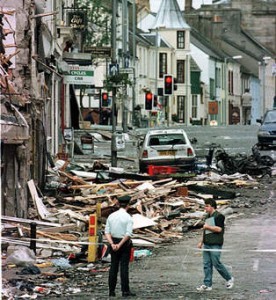 AN investigation by the North’s Police Ombudsman has confirmed that RUC Special Branch did not provide some information to detectives investigating the Omagh bombing, due to their interpretation of the law at that time.

In a report published this morning, the Police Ombudsman outlines the findings of an investigation which focused on certain intelligence obtained between 15 August and 9 September 1998, held by police.

A previous investigation by the Police Ombudsman’s Office had focused on the use of other information held by police at the time.

A total of 29 people and two unborn children died, including three Buncrana schoolboys, when the Real IRA detonated a bomb in Omagh town centre on August 15, 1998.

No one has ever been convicted of the massacre.

In January 2009, Sir Peter Gibson, who led a British Government review of intelligence matters related to the bombing, published his report in which he said Special Branch had acted in a ‘cautious’ way in their provision of material to the team investigating the bombing.

In March 2010, a report from the Northern Ireland Affairs Committee said it believed ‘further investigation was required into what Special Branch gave to the investigation team, when it was given, and what information was withheld and why.”

The PSNI Chief Constable Matt Baggott then asked the North’s Police Ombudsman’s Office to conduct an independent investigation of a number of specific matters concerning how RUC Special Branch handled its intelligence and its relationship with Government Communication Headquarters – a Government body which deals with intelligence and security matters.

Police Ombudsman investigators spoke to a range of witnesses, including Sir Peter Gibson, to serving and retired police officers and to officials from other Government agencies.  They also looked at a substantial amount of ‘intelligence’ and investigative material:

“I believe we had unfettered and unrestricted access to all the relevant documentation held by the PSNI,” said Dr Maguire.

Like the previous report by the Police Ombudsman’s Office, in viewing this particular material, Dr Maguire also found no evidence police had information which, if acted upon, could have prevented the Omagh bombing.

His investigation identified a number of occasions when information was shared with the detectives investigating the bombing.

Special Branch provided detectives with details of public telephone kiosks from which the bomb warning calls were made and the identities of people who were suspected to have been involved in the bombing.

However, the Police Ombudsman established that Special Branch did have information – telephone numbers – which were not passed to the detectives. 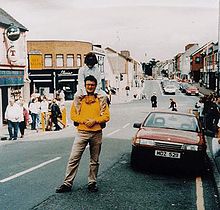 “The consequence was that the police investigation was required to invest substantial resources in analysing related records, resources that might well have been better utilised at that early stage of the inquiry,” he said.

Dr Maguire concluded that Special Branch had acted ‘cautiously’ in not disclosing all the intelligence available to the team investigating the Omagh bombing.

“I am satisfied this action was as a result of the interpretation by Special Branch of both  what  Sir Peter’s report called ‘ the strict conditions imposed by GCHQ’ on the RUC and the legislative framework which prevailed at the time and which, for all intents and purposes, is still in place, albeit in a different legislative form.”

“The view held by the relevant police officers was a reasonable one in the circumstances,” he said.