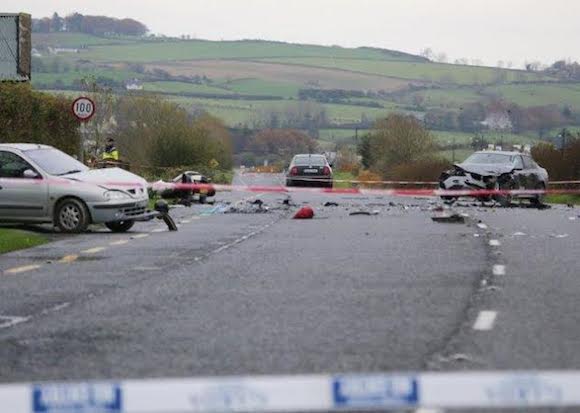 The scene of last night’s crash on the N13 at Burt. Pic North West News Pix

A man in his 50s has been killed in an overnight accident in Donegal.

The man was riding his motorbike on the N13 in Burt when the accident happened at 10.30pm.

It is understood the man came off his bike after colliding with two cars.

The man was rushed to Letterkenny General Hospital but was pronounced dead. One of the motorists was treated for minor injuries in Derry.

The man’s identity has not yet been released.

A Garda spokesman said: “This stretch of the N13 at Burt is currently closed to facilitate an examination by Garda Forensic Collision Investigators and local diversions are in place.

He is the second motorcyclist to die on Donegal roads in the past couple of days.

A young Raphoe man died when his bike struck a jeep towing a trailer on Wednesday afternoon at 4pm.

Hugh Shalvey, 34, who was originally from Co Monaghan, died after a collision at Oakfield Demense.

IN another accident overnight in Donegal, a number of people were rushed to hospital after a crash in Killea.

None of their injuries are understood to be life-threatening however.