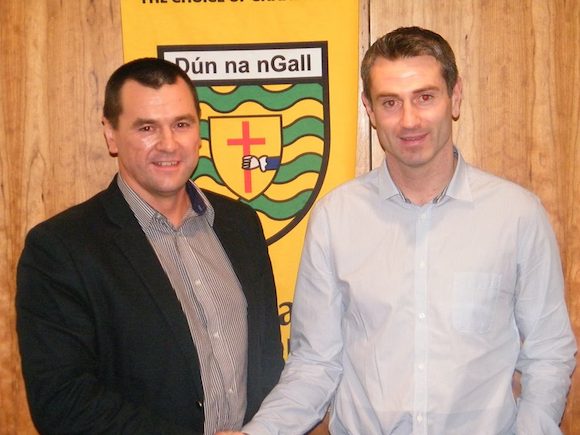 BREAKING NEWS: Rory Gallagher has officially been named as the new Donegal senior manager this evening.

The Fermanagh man was handed the position by the Donegal County Board for a three year term with a fourth year available.

A statement on the official Donegal GAA website said “Donegal GAA look forward to working with Rory and his backroom team and aim to keep Donegal competing at the top level.”

Gallagher takes over from Jim McGuinness, having served with him during the All-Ireland winning run in 2012.

Another connection to that team is Maxi Curran who is expected to remain as Under 21 boss.

Declan Bonner is expected to be returned as minor manager after a hugely successful season which saw his team reach the All-Ireland final only to be beaten by Kerry.

It is unclear at this stage as to who Rory Gallagher will choose as his backroom team but it is believed that Curran will play a role in that set-up.