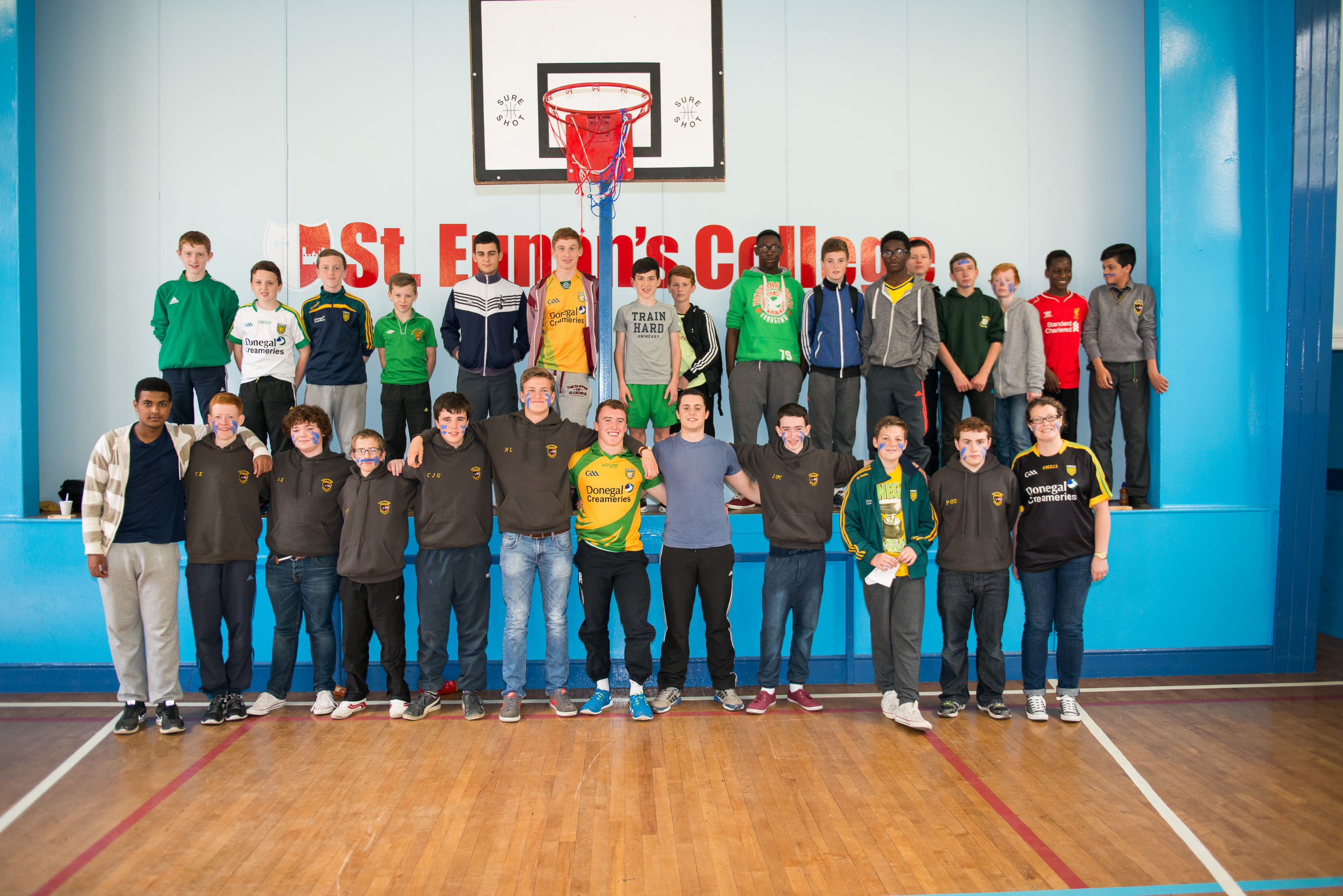 The Student Council became aware of the ‘Blue September’ campaign through social media outlets, and they immediately knew that it was something that would truly benefit the Students.

Student council member Aryton Kelly told Donegal Daily, “It’s frightening to think that 1 in 3 men (or 1 in 4 women) will develop cancer in their lifetime.

“That’s about eight boys in an average class, and with cancer rates set to rise by about 60% (14 million cases to 22 million, Source WHO) in the next twenty years, we felt it was really important to equip the boys of St Eunan’s College with information that could potentially save their lives.

Over the course of a week a PowerPoint was shown in every SPHE class, from First Year up to Sixth Year.

This presentation had a huge amount of interesting and shocking information.

Aryton added, “We believe it has affected the boys in the school by just making them aware, for example, that testicular cancer is most common in young men, aged 15 to 34.

“This really opened everyone’s eyes and helped them realise that cancer is truly a universal issue – and is by no means limited to adults.

A really important factor in the presentation was about how to do a self-check, and about symptoms of the most common cancers in men in Ireland: Testicular, Prostate, Lung, Skin and Bowel cancer.

The Presentation is still available on the Student Council’s website (www.eunansstudentcouncil.weebly.com) under ‘News’.

Nicholas Lane, the chairman of the Student Council and sixth year student told Donegal Daily, “The presentation was very informative, interesting and easy to understand.

“I learned a lot of things I didn’t know before”.

The week wasn’t a wholly sombre affair though, on Friday the Student Council held a Keepy Uppy Challenge in aid of Blue September (The Mater Foundation).

There are few events that a school can hold that invokes so much interest, but the ‘Keepy Uppy Challenge’ was certainly one of them.

In all €107 was raised by the Keepy Uppy Challenge and over €200 was donated to Blue September – the Student Council would like to thank everyone that took part, and made this fundraiser and awareness campaign as successful as it was.

Nicholas Lane, Chairperson said, “We’d also like to take this opportunity to congratulate the winners, from Junior House we had Enda McDevitt (351), Clinton Ilapeju (203) and Jack Cullen (185)

A huge thank you as well to Michael Murphy Sports and Leisure for part-sponsoring the prizes.

The current Student Council of Saint Eunan’s College has been in existence since November 2013.