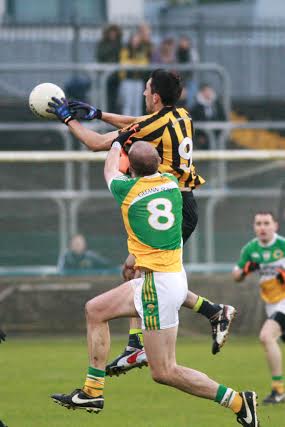 Kavanagh had a superb game himself, popping up when needed despite tight marking – and his catch in his own square at the death prevented a Glenswilly goal chance, and led to a ninth point for Eunan’s at the other end.

The Scoil Cholmcille teacher said Man of the Match Haran had been immense again this season, despite planning to retire from the game a year ago.

“He has been absolutely wonderful and I’m delighted that John was awarded Man of the Match. He fully deserved it today,” said Rory.

On the manager, he went on: “I know there were a few people who questioned the appointment of Maxi to the club management, bringing in an outsider.

“Well I can tell you he has been fantastic with us. He has brought in a new level of preparation for games and he has opened the eyes of players young and old at the club from everything he does.”

Man of the Match John Haran