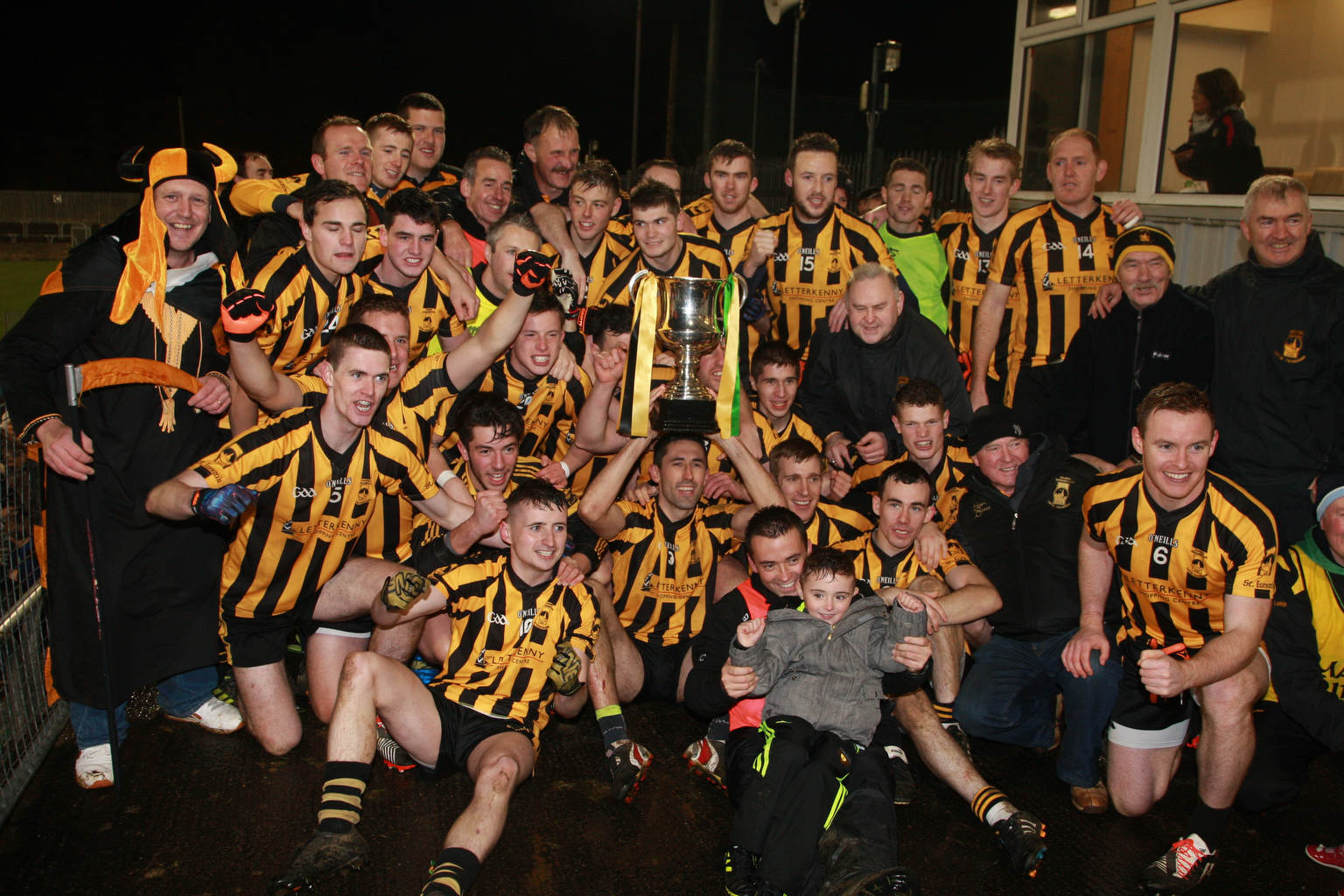 Scenes of jubilation for St Eunan’s after they won the Donegal SFC title after defeating local rivals Glenswilly. Pic by Brian McDaid

St Eunan’s have won the Donegal SFC title after a close and hard fought win over local rivals Glenswilly.

St Eunan’s were the better side and fully deserved their win, they perhaps would have won more comfortably, but were guilty of kicking a number of wides throughout the match.

Glenswilly scored just one point from play and that was ultimately their downfall.

St Eunan’s had some sensational performances with John Haran rolling back the years with a super performance at midfield and deservedly won man of the match.

The game wasn’t a great spectacle, with Glenswilly adopting their blanket defence.

St Eunan’s were patient in possession and wore Glenswilly down by continually attacking them down the flanks.

Neil Gallagher put in a solid performance in the middle of the park for Glenswilly and turned over some great possession.

Michael Murphy scored two points in the first-half, while Gary McFadden, who put in a solid performance, also pointed a free.

Glenswilly’s only point from play came from Brian Farrelly, just before half-time although they strike the upright on two occasions in the second half.

Scores were at a premium in the second-half, but it was St Eunan’s that managed to grind  them out.

Sean McVeigh, Conor Park and two more points from Conall Dunne edged them over the line.

Murphy went into the danger zone for the final five minutes as Glenswilly tried to find that elusive goal.

But despite a number of high balls into the area, Eunan’s brought men back into defence and crowded out the big number 14.

It wasn’t the most memorable of finals but even neutrals would agree that St Eunan’s deservedly won this Donegal SFC title.