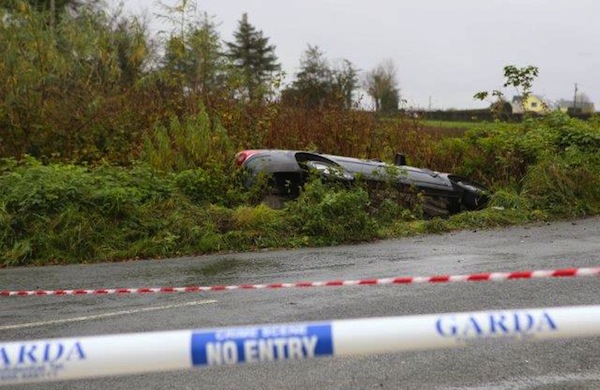 The scene of last night’s road crash in Redcastle in which a young father died. Copyright Northwest News Pix.

Another person has been killed on Donegal roads overnight.

The man, who is understood to be from the Redcastle area, died at the scene but was taken to Letterkenny General Hospital.

The man is a father of a young family but his identity has not yet been made public.

The young man is the third person to die on Donegal roads in less than a week.

Hugh Shalvey, 34, died when his motorbike struck a jeep and trailer outside Raphoe.

Meanwhile Lenny Nelson, from Cullion Road in Letterkenny, died when his motorbike was involved in a crash with two cars at Lisfannon in Burt.

A full investigation has been launched into the latest crash.