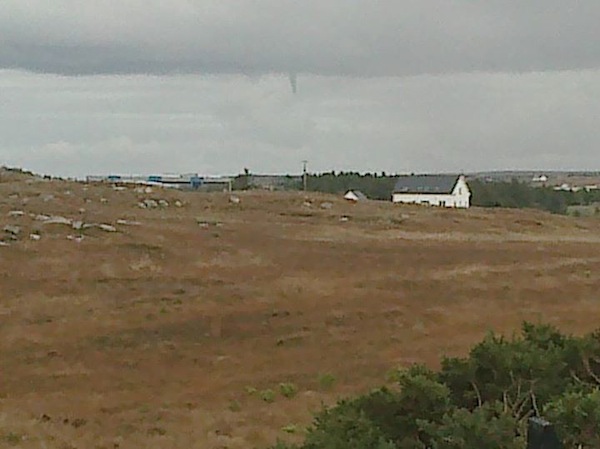 This tornado spout was spotted dropping down from the clouds over West Donegal yesterday.

The unusual weather feature was spotted by Niall Griffin over Gaoth Dobhair and heading out over Tory Island.

It happened just after 1pm and thankfully didn’t reach land!