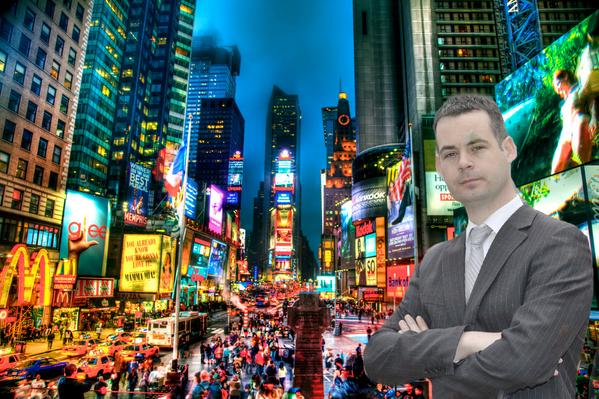 The glamour dinner at the Sheraton Hotel was attended by wealthy supporters of the party on Thursday night.

The Friends of Sinn Fein event has been taking place for many years.

“Sinn Fein like to portray themselves as a party with the common touch, but that doesn’t prevent the likes of Gerry Adams and Pearse Doherty from jetting off to New York tonight for a €500-a-plate fundraising dinner, so that they can rub shoulders with some super-wealthy Americans,” said Labour TD Michael McCarthy.

The Labour Party also tweeted the mock-up picture of Deputy Doherty above.

But Sinn Fein hit back tonight.

A party spokesman said: “It appears that Michael McCarty has dusted down someone’s old press release in regard to the visit by Gerry Adams and Pearse Doherty visit to New York. Every year Friends of Sinn Féin host a major fundraising dinner and every year a political opponent rolls out the same old line.”