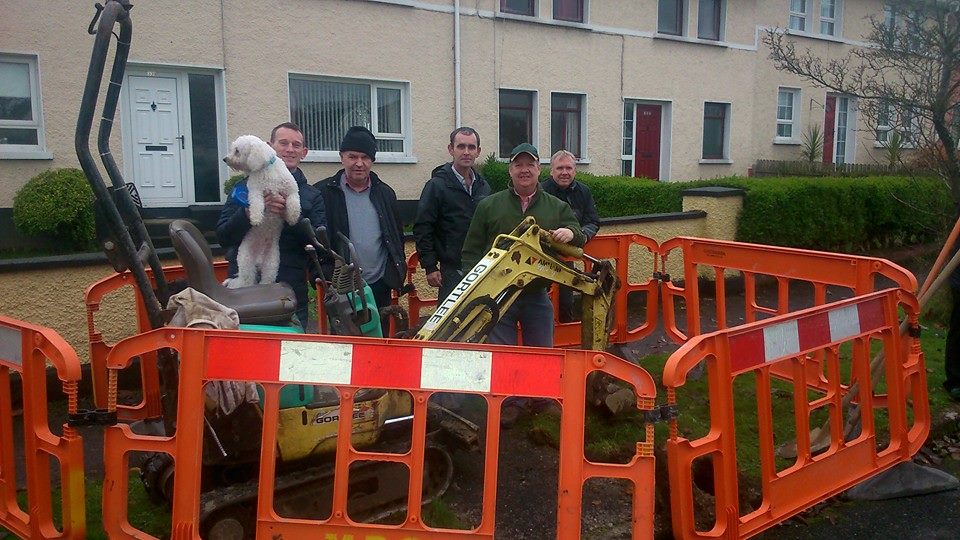 A DONEGAL County Councillor has warned Irish Water contractors that local people in his town won’t allow any more meters to be installed.

But there was a great deal of anger in the town after several driveways were dug up last Friday without any permission being given by home owners.

Cllr Doherty however said people power had won out today; and there may well be more of the same this week.

“I want to say a huge ‘well done’ to everyone in Castlefinn who stopped the water meters being installed today,” said the county councillor.

“It was a long day with plenty of tense stand-offs, but our wee town sent a clear message to Irish Water and the Government that we are against water charges.”

He added in a message to residents: “Give yourselves a pat on the back.”

Meanwhile around 70 protestors turned out in Letterkenny to protest against water charges as Junior Minister Joe McHugh attended an event at the Mt Errigal Hotel.