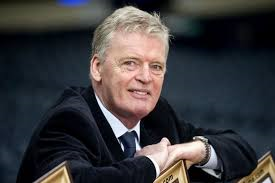 McGeady and McCarthy both qualify to play for Ireland because of their Donegal heritage.

Their grandfathers both come from Gweedore, and the Everton duo opted to play for the Republic of Ireland ahead of the country in which they were born in.

Former Manchester United and Leeds United star has stoked the flames ahead of a potentially toxic atmosphere on Friday night.

McQueen said, “I’ve got no time for these players. You’re born in Glasgow but then you go and play for somebody else?

“What’s that all about? I’m not having that at all. Will it be hard for them coming back here with Ireland?

“I really hope so. I hope they get a horrible reception because they deserve it.

McQueen further endeared himself to Irish fans by revealing his confidence that Scotland would record a victory they need to stay in the hunt for qualification.

“Personally, I would think that we will qualify but I would be ashamed if we didn’t because just about everybody gets to these finals – 24 countries. Surely we can do that?