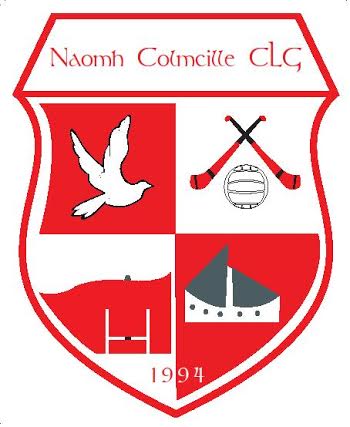 Naomh Colmcille took on Milford at Pairc Colmcille knowing a win was essential to guaranteeing themselves at least a play-off, and possible promotion as winners of Division 3. As it was, they had to settle for a draw following a fiercely contested match.

Naomh Colmcille got off to a great start when Matthew Crossan found the net in the third minute after a long distance effort from Eddie Gillespie was parried by the Milford keeper. However Milford replied with a goal of their own in the 12th minute.

Willie Gillespie restored the host’s lead but this was cancelled with a pointed free for the visitors. Milford went in front with their second goal in the 19th minute and followed this with another point.

They then had a chance of a third goal just before half time but the shot was just wide of the post. Michael Lynch came up to take a long range free on the stroke of half time but his effort went wide. This left the half time score Naomh Colmcille 1-1 2-2 Milford.

The visitors extended their lead with the opening score of the second half, before Mark Dowds reduced the deficit with a point. A point from Ryan McErlean and a free from Joe Donaghey reduced the deficit to two points, before the visitors got in for their third goal after a low shot found it’s way to the corner of the net.

They followed this with a point to take a 6 point advantage midway through the half. The hosts pressed hard to reduce the deficit and two points from Ryan McErlean, either side of a second goal from Matthew Crossan, meant Milford had the narrowest of advantages as the game entered it’s final moments. Joe Donaghy got a point to level the match, and then put Naomh Colmcille in front to the delight of the home crowd. However Milford levelled the match with the final score of the game. Both teams ended the match with 14 men, each having a player sent off during the second half for double yellow card offences. Full time score Naomh Colmcille 2-8 3-5 Milford.

The result, combined with Naomh Columba’s win at Urris, and Aodh Ruadh’s win at home to Naomh Brid, means Naomh Colmcille narrowly miss out on the promotion play-off, and finish in third place in the Division 3.

The reserves fixture against Milford was cancelled.

Last Sunday was a historic day for the club when the newly-formed girls team took to the field for their first competitive match, when they travelled to Burt to play our neighbours. A massive well done and congratulations to all concerned.

The minor board held an end of year celebration disco for the U14s and U16s on Saturday. Thanks to everyone who attended and to all our sponsors.

The minor board AGM is re-scheduled to Thursday 13th November at 8:00 pm in the clubhouse. Please check Facebook page for any updates during the week. Coaches, parents and anyone else interested are encouraged to attend. If anyone is interested in becoming a committee member, or knows of anyone who would, please contact Dennis Kennedy at 0876356506 by next Wednesday (12th).

The dinner dance is scheduled for Saturday 22nd November at the Radisson. More details to follow.

The AGM is scheduled for the 27th November at 8:30 pm. More details to follow.

Congratulations to Michael Friel on his appointment as fourth official for Saturday’s Intermediate County final between Cloughaneely and Buncrana.

The Lotto is the main regular source of fundraising for the club so if you can spare some time to help out it would be greatly appreciated. Contact Breda Friel if you’re able to help.