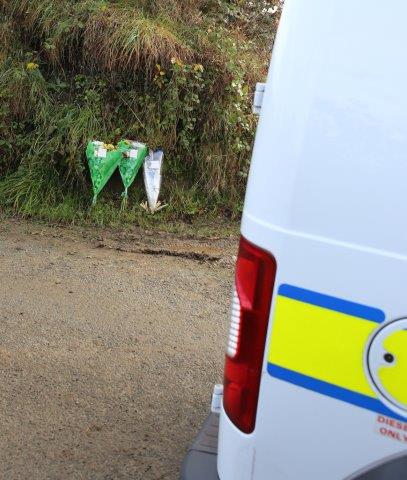 Flowers left at the scene close to where body of Derry man was found.Pic North west NewsPix/Copyright

THE death of Stephen McCloskey in Co Donegal is not suspicious, Gardaí have said.

Officers had sealed off the scene of his death near Bridgend overnight as investigations continued.

However this evening a Garda spokesman said that as a result of a post mortem they were no longer treating his death as suspicious.

His death has left his partner, their three children and the extended McCloskey family devastated.

Stevie had disappeared on October 28. His car was found near Burt.

Gardaí had moved cautiously in the past 24 hours since a body was found in a river near Bridge Brook.