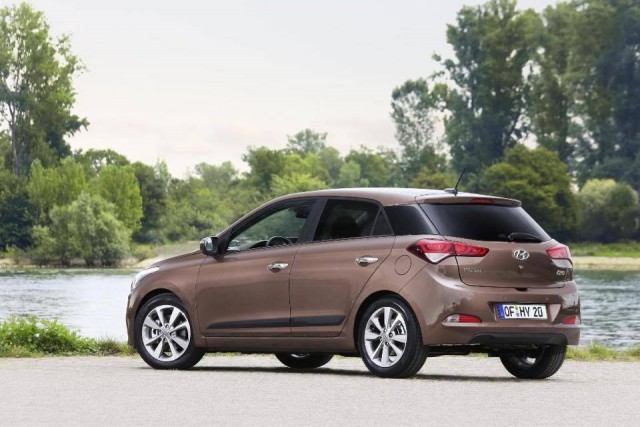 Hyundai National Open-Week which started on Saturday the 8th November and which runs until Saturday the 15th, has already attracted huge crowds to Divers Hyundai in Letterkenny.

Divers Hyundai kicked off their open-week by having a display of cars at the North-West car show this weekend which was a huge success.

Divers Hyundai managed to secure FIVE deals over the weekend with TWELVE serious enquiries which we anticipate will also lead to completed further sales down the line.

As ever the Hyundai brand continues to go from strength to strength with a huge interest yet again in the ever popular ix35.

With the new upgraded 2015 i40 also generating a rise in popularity.

Upgraded power output from 115 bhp to 140bhp among an array of major specifications have increased improvements and demand for the product.

The public have clearly become conscious of Hyundai’s rise in popularity due to unrivalled FIVE-YEAR warranty, spec, fuel economy, and reliability.

With the new generation i20 landing in our forecourt this week, things certainly look like being yet another record breaking year for Hyundai and not to mention Divers Garage.

This car will enter the market with a distinct advantage over its class rivals.

It’ll be bigger, have more room, more toys and a design that will leave others trailing in its wake.

The new Santa Fe which was scarce since its launch, is now readily available.

The Hyundai i10 has picked up the best city car 2015 award recently and also has roared to the top of the charts in its class this year in terms of units sold nationally.

A huge feat considering it only entered the Irish market in feb this year and missed the early orders for 2014.

To say Divers Garage expect 2015 to be buoyant again is an understatement.

Divers Garage intend to further increase our market share and set down a real market for our competitors.

As an extra incentive on top of the 5yr warranty, Divers Garage are offering our customers FIVE years free servicing for any orders placed during our open-week for January 2015 registration.

And the luxury of a choice of finance options including the increasingly popular PCP at only 6.9% APR..

Call in any time during the week and test drive any of the cars which make up Ireland’s fastest growing car brand.

HYUNDAI – BELIEVE EVERYTHING YOU HEAR!