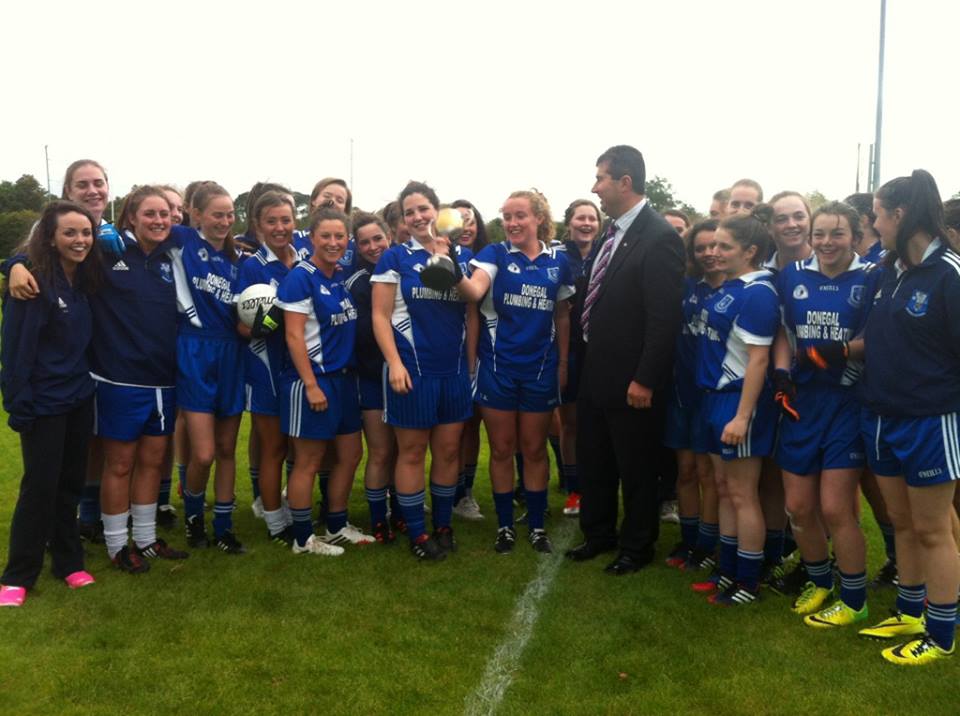 Four Masters Ladies are to get another chance in Ulster.

The club won their appeal against the Ulster Ladies Council decision to award the final – and Ulster Intermediate title –  to Monaghan Harps.

The final is to be replayed on Friday night with the time and venue to be confirmed.

The All-Ireland semi-finals are due to take place on Sunday.

The Croke Park decision has been welcomed by Four Masters tonight.

And it is fantastic news for the ladies who were left heartbroken at Brewster Park ten days ago.

They had been told by the referee they were two points ahead with five minutes to go, and played as if they were ahead.

They were the told by the referee at the final whistle that they had won – only to be told later it was a draw.

Monaghan Harps had claimed they had won by a point, and the Ulster Ladies board agreed.

However Four Masters appealed to Croke Park and Ladies Football HQ ordered that the Ulster Intermediate Final is to be replayed.

#LoveDonegal Day trends with over 17 million...