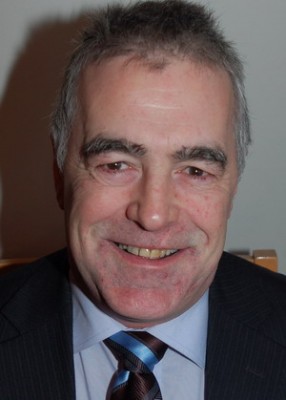 County Councillor Jimmy Kavanagh has welcomed correspondence informing him that work is to commence soon on providing accessible bus bays in Letterkenny.

The Minister for transport Paschal Donohue informed Kavanagh that work will begin shortly on the accessible bus routes.

Cllr. Kavanagh told Donegal Daily, “I am delighted that progress is being made on this issue.

“I have been working hard on this for a long time, on behalf of the local branch of the Irish Wheelchair Association and the Donegal Centre for Independent living, and for all people with a physical disability.

“Many people with disabilities depend on public transport, and the routes to Dublin and Sligo are particularly important to them from the point of view of access to services, health care facilities and also for social reasons.

“It is not acceptable in a county that has no rail service, that accessible coaches are not available.

“Their absence makes it very difficult for people with disabilities to make these journeys and those that are brave enough to do so, must stay on a bus for the four hour duration of the journey.

“As it is too difficult to make use of the comfort break at half way on the journey, as getting off and back on the bus is such an ordeal.

“Thank you for your correspondence seeking an update on accessible buses on the Letterkenny to Dublin Route.

“I have been in touch directly with Bus Éireann on the matter and the company have informed me that they have been allocated funding by the National Transport Authority (NTA) for an accessibility bus bay development at Bus Station which will facilitate an accessible coach service on Letterkenny/Dublin and Letterkenny/Sligo routes.

” It is expected that this work will start before the end of the year.

Cllr. Kavanagh concluded by saying, “I will be contacting Bus Eireann in the near future for a further update on the commencement of the work to the bus bays in Letterkenny and I would like to thank them, and the Minister for their help with this issue.