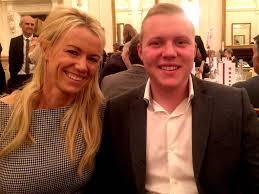 DONEGAL FAMILY’S PRIDE FOR YOUNG CARER OF THE YEAR

The winner of Ireland’s Young Carer of the year for 2014 has strong Donegal connections.

Brave Jamie Money, 17, won the award for the care he has provided for his mother since he was a young child.

Jamie’s father and grandmother hail from the Bloody Foreland region in Donegal.

His family in Donegal are overwhelmingly proud and are delighted his care has finally received the recognition it deserves.

What makes Jamie’s achievements all the more remarkable is the fact that he’s continued to look after his mother despite being diagnosed with Hodgkin’s Lymphoma earlier this year.

Jamies is undergoing intense chemotherapy at the moment and his treatment will end just before Christmas.

Jamie has provided care for his mother Sabrina since he was a small child.

Sabrina had Meningitis at 19 and suffered a stroke.

She was then diagnosed with Epilepsy shortly after Jamie was born.

Jamie has often called ambulance services and talked medical personnel through his mother’s condition while she was having seizures.

Despite everything that has been thrown at Jamie, he remains very positive and always checks that his mother is ok.

What a remarkable and inspiring young man.

To find out more about Jamie you can watch his interviews on Ireland AM and the RTE News.