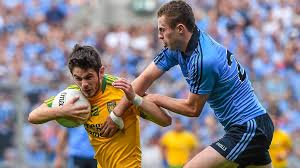 GAA CONFIRM FIXTURES FOR 2015: DONEGAL WILL FACE DUBLIN UNDER THE LIGHTS AT CROKER

Saturday Night Lights: Donegal face Dublin under the lights at Croker on the 7th of February.

Donegal will face Dublin under the lights at Croke Park in the second series of games in the 2015 Allianz Football League Division One.

That opening fixture is on Saturday, January 31st and will also be played under floodlights.

However, it’s the match-up against Dublin that presents Donegal supporters with an early opportunity to return to Croke Park to face the Dubs.

For some Donegal supporters that famous victory over Dublin ranks as one of the county’s finest ever days.

Donegal will face Kerry on the 15th of March for the first time since the Kingdom defeated them in the All-Ireland final in September.

With a collective training ban imposed on Donegal until December 29th, they won’t have much time to prepare for the start of the National League campaign.

However, knowing Rory Gallagher’s forensic attention to detail and preparation, despite only being appointed a fortnight ago, he’s more than likely already got his players on an off-season winter training programme.

GAA CONFIRM FIXTURES FOR 2015: DONEGAL WILL FACE DUBLIN UNDER THE LIGHTS AT CROKER was last modified: November 13th, 2014 by Mark Forker