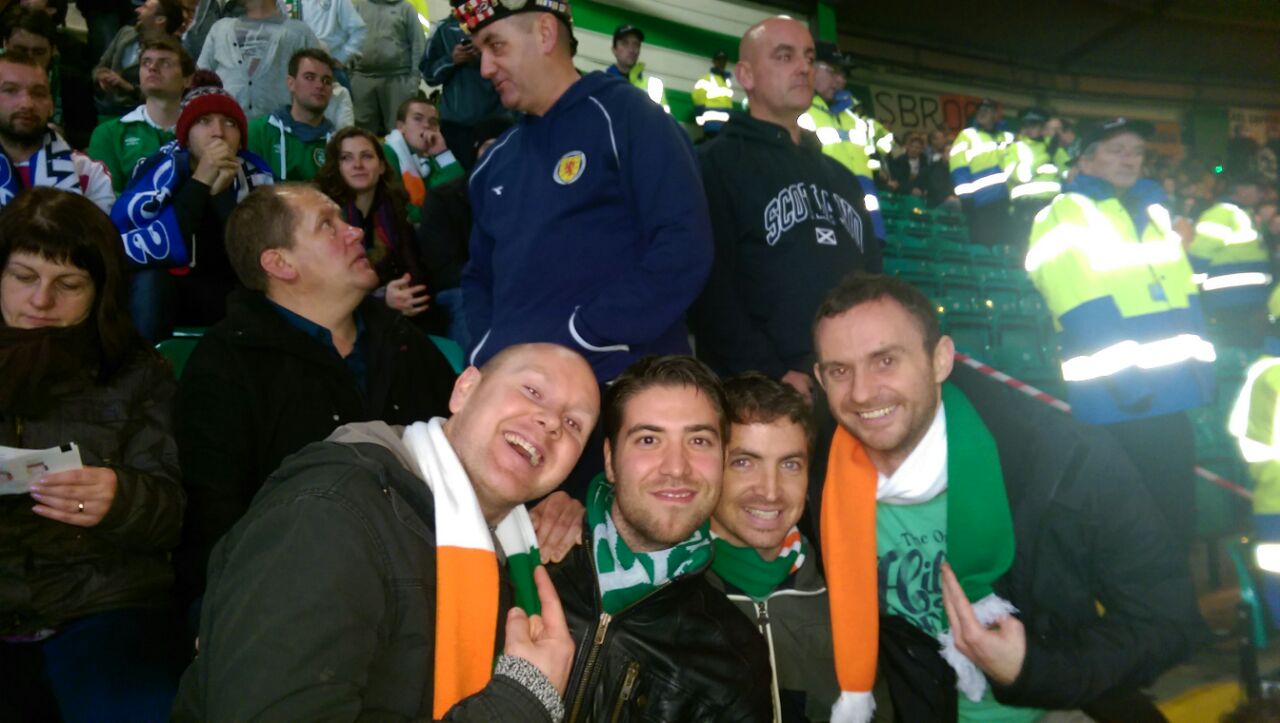 These Donegal fans living in Glasgow braved the wrath of the Tartan Army by burying themselves amongst the partisan Scottish support during tonight’s Euro 2016 qualifier between the two teams.

Sean O’Donnell, Noel Forker, Gavin Gavigan and Daniel Sweeney proudly wore their Ireland jerseys despite getting tickets for the Scotland end for the crunch qualifier at Celtic Park tonight.

Sean O’Donnell sent us in the snap this evening with the following caption, “We’re getting plenty of flak from the ‘bigots’ behind us but we don’t care, COYBIG!

The four lads are all originally from the Rosses but emigrated to Glasgow in search of employment.

With just 3,000 tickets allocated to Irish fans, the lads knew they’d have to go through the SFA to get tickets, even though they inevitably came in for flak.

O’Donnell said, “They gave us plenty of flak, but the ‘smelly socks’ messed up their own national anthem at the start, we had a good laugh at them about that.

However, unfortunately for the lads they would cop more flak as Scotland went on to win the match following a stunning goal by Shaun Maloney with just fifteen minutes left to play.

However, we salute their bravery, but unfortunately the Tartan Army had the final laugh on a miserable night for Ireland.