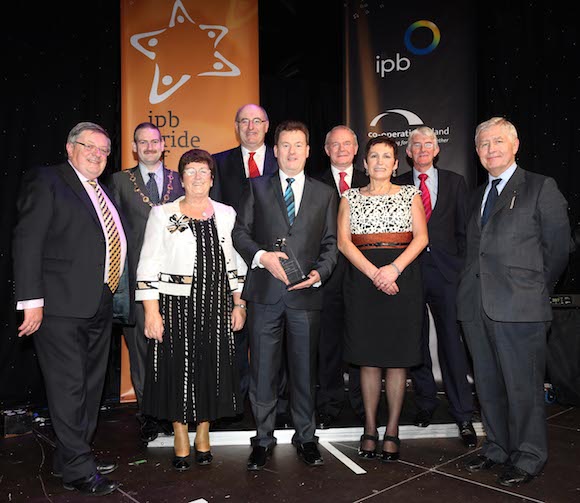 Five groups from Donegal will participate in this years All Island Pride of Place Awards which is being held in Ennis, Co. Clare on Saturday night.

The IPB All-Island Pride of Place Competition, which is run by Co-operation Ireland, recognises and celebrates the vital contributions that community partnerships make to society. The focus is on people coming together to shape, change and enjoy all that is good about their local area.

Speaking before this year’s award ceremony, Chief Executive Seamus Neely wished each of the competing groups the best of luck in this years competition.

He told Donegal Daily: “The Council has been working closely with communities in Donegal for many years and we believe that the Pride of Place competition is a great way to recognise and showcase the tremendous work that takes place throughout the county. I am delighted that we have five groups competing in this years All Island competition and each and every one of these groups are worthy of the top prize. The work that they have done and the difference that they have made to their own communities is outstanding”.

An Cathaoirleach Cllr. John Campbell joined with the Chief Executive in wishing the groups every success saying “we recognise the enormous contribution made by communities and volunteers to life in Donegal. Each of these groups has achieved great things for their own communities. They are great examples of what can be achieved by people coming together with a common aim in mind. Each project is special in its own unique way having addressed a particular need in their own community. I wish each group all the best in tomorrow nights competition”.

The awards ceremony will be streamed live on Saturday night from http://www.prideofplace.ie/live-stream/

FIVE DONEGAL GROUPS FLY THE FLAG FOR DONEGAL AT ALL ISLAND PRIDE OF PLACE AWARDS was last modified: November 14th, 2014 by John2

Raphoe sparkles to a “Stay at home...