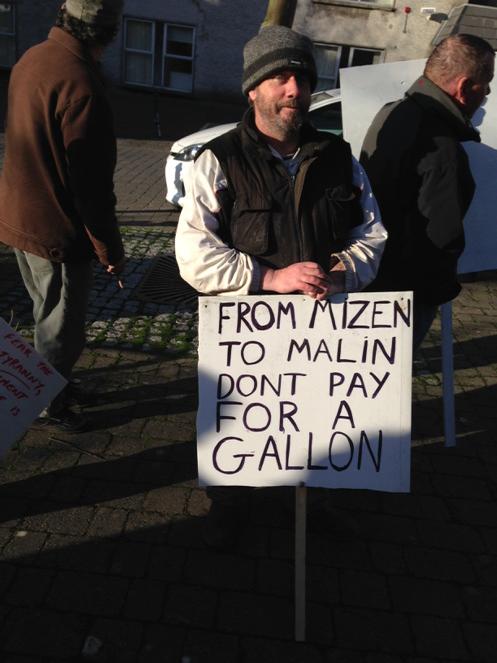 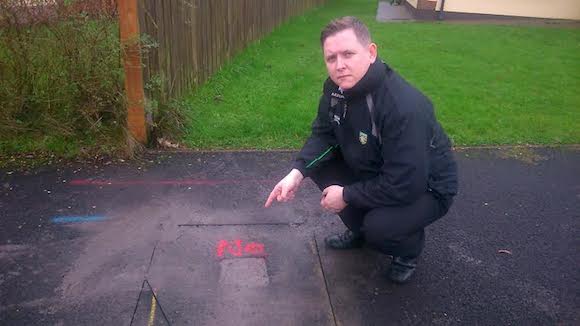 Cllr Doherty in Killygordon this week

FINE Gael is facing a new crisis today – as its Donegal councillors called for a stop to the introduction of water charges.

The leader of the party on Donegal County Council Cllr Barry O’Neill said the introduction of water charges was “a step too far”.

Cllr Frank McBrearty had an emergency motion calling for Irish Water to be abolished with 33 of the 34 councillors voting in favour of it. Fine Gael’s Bernard McGuinness abstained.

Cllr O’Neill said that he had made his views on Irish Water known within his party for months and as a taxpayer and as a father, he believed water charges should not be introduced.

Earlier Cllr Gary Doherty – who spent the week opposing contractors in east Donegal – said the people of this country have had enough of taxes.

“I spent this week attending and supporting residents’ protests against the installation of the hated water meters,” said Cllr Doherty.

“I would urge an Taoiseach and any member of the government to attend one of those protests. Because it is hard to find the words to convey the depth of feeling that there is amongst the people of Ireland against these charges.

“It is nothing short of a disgrace and a crime against this Republic that our people are having water charges forced upon them.

“We live in a County that never felt the effects of the celtic tiger. We didnt see the boom that inflated the pockets of the bankers and profiteers in the east who we are still bailing out through water charges, property tax, universal social charge and countless other austerity measures. The people of Donegal cannot and will not take any more.

“The message that we gave Irish Water and the Government in Castlefinn and Killygordon this week was simply this “we wont take any more, enough is enough.”

“Irish Water is no different to any of the banks before the collapse. It is toxic. It is not fot for purpose. In its short existence it has done nothing but indulge itself in the bonus culture and grab all philosophy that has blighted our country for decades.

“Our govrnment has only one option left open to it to my mind. Stop mesing around, stop playing politics and do right by the Irish people. Abolish water charges, abolish Irish Water.

“I have here a motion under Section 140 of the Local Government Act signed by ten Councillors so far. It reads ” This Council resolves to direct Council management not to comply with a demand from Irish Water to pass over the personal information of Council tenants held by Donegal County Council.” 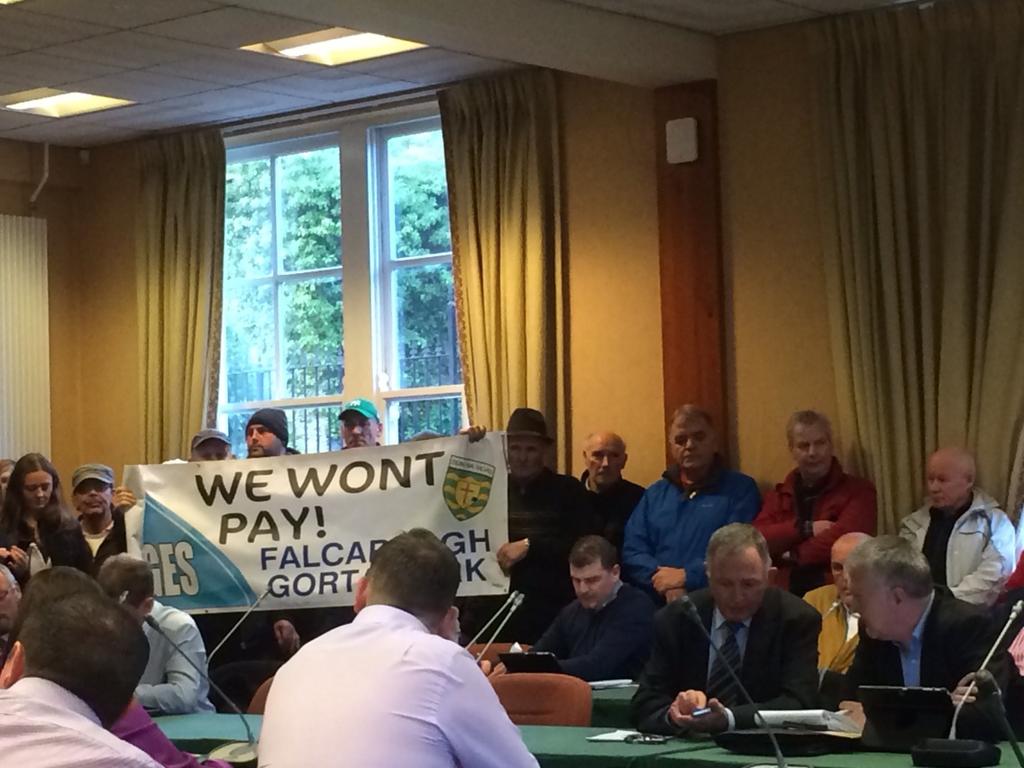