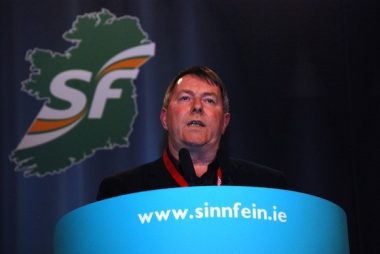 Letterkenny Sinn Fein Councillor Gerry Mc Monagle is to raise the concerns of funding for White Oaks Rehabilitation Centre at Muff with the County Council.

Cllr Mc Monagle was speaking after being contacted by the centre informing him of the possible withdrawal of funding to White Oaks from the County Council.

The possibility of funding being withdrawn was received In correspondence from the Council stating that current funding to White Oaks under section 10 of the Homeless Funding legislation may be withdrawn after the council had received a directive from the Department of Environment, Community and Local Government that they should consider withdrawing funding to the centre.

“This latest proposed cut comes on the back of years of cuts to their funding in the last six years, funding from the HSE has been cut by about 15% and now poses a real threat to their capacity to continue as the principal residential treatment facility here in Donegal,” said Cllr McMonagle.

Cllr Mc Monagle said this will be a retrograde step for White Oaks Rehab Centre.

“It will have a detrimental effect on their ability to provide vital addiction treatment services which has benefited people from Donegal and elsewhere since 2001,” said the politician.

“Many of those who seek help from the centre for their addiction also have housing/accommodation issues in tandem with their addiction problems. If White Oaks is to continue to help and support their clients then its is important that the funding they currently receive from Donegal County Council continues.”

Cllr Mc Monagle concluded by saying he will be bringing forward a motion to Donegal County Council urging them to continue with this much needed funding for White Oaks and that the council write to the Minister outlining the great work that White Oaks do in helping people with addiction, housing problems and press upon him the need for this funding from the county council to continue.

“I would also hope to get the support of my fellow councillors with this motion,” he added.