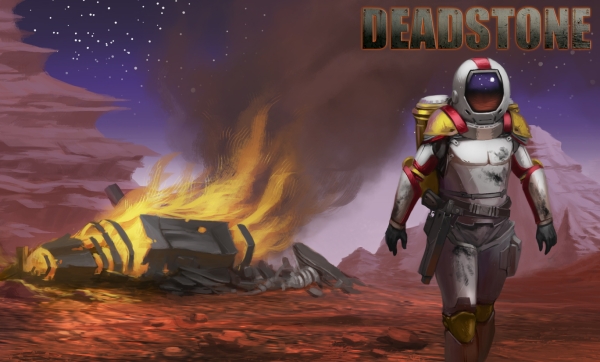 A DONEGAL man who spent two years developing a new computer game is celebrating after having it snapped up by a global distributor.

Daithi McHugh, a graduate from the LYIT computing department in Letterkenny, took the leap into game development, the multi-billion euro industry.

And after two years the world’s biggest distributor Steam is now selling his game – Deadstone – to gamers around the world.

“I have been intensively working on Deadstone for almost 2 years, and I have collaborated with a number of artists, voice actors, and musicians in order to create the game,” he told Donegal Daily.

“Game development is extremely demanding in terms of time.

“It’s also often frustrating, difficult, and filled with uncertainty, but there is a special type of joy in doing what you’ve always wanted to do, and watching an idea slowly develop into a reality. Overall, it has been a great experience,” said Daithi, a 33-year-old from Donegal Town.

Daithi has set up his own games studio, Timeslip Softworks (https://www.facebook.com/Timeslipsoftworks).

“Deadstone is a local co-op enabled arcade shooter with tower defense and RPG elements. The story centres on a “science gone wrong” theme, and its protagonist, Blake, is an Irish mercenary tasked with defending a Martian colony, Deadstone, from waves of mutated creatures,” said Daithi describing the game.

The game is already getting rave reviews.

“The way Deadstone combines different gameplay elements is superbly done. At $10, I think it is well worth the price for just about any PC gamer. It’s not perfect, but the game gets a lot of things right,” wrote Steven Smith a reviewer for ‘True PC Gaming’


If you would like to learn more about Daithi’s game, you can find it on Steam at: http://store.steampowered.com/app/327150/, or on his own website at: www.deadstonegame.com

DELIGHT FOR DONEGAL GAME DEVELOPER AS HE GETS LISTED BY GLOBAL DISTRIBUTOR was last modified: November 17th, 2014 by John2

Fisherman’s surprise after message in a bottle...

Talented teen has designs on a creative...

Daniel’s back with an all-star Opry series