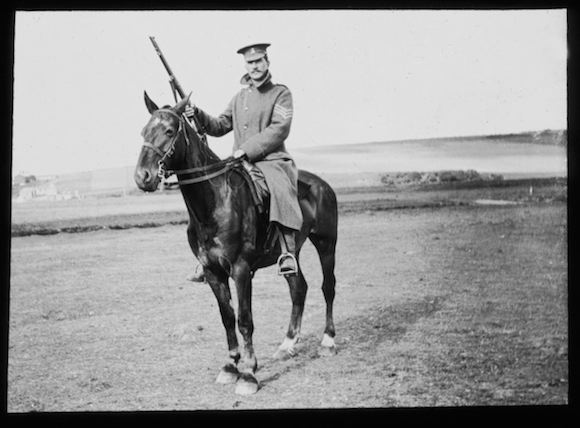 REVEALED AFTER A CENTURY: PICTURES OF SOLDIERS AT FINNER PREPARING FOR GREAT WAR 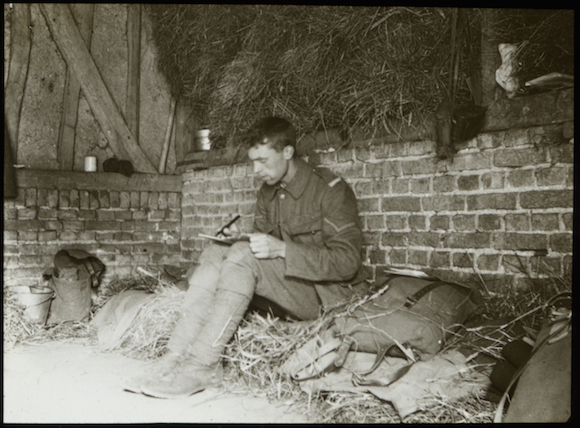 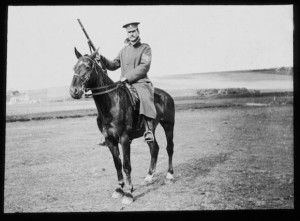 PICTURES taken by a soldier preparing for war a century ago at Finner Camp outside Ballyshannon will be shown for the first time tonight.

A BBC1 documentary – The Man Who Shot The Great War – tells the incredible story of Lance Corporal George Hackney who, against the rules, took incredible photographs of soldiers.

They detail their lives from their training in County Donegal all the way through to the Somme in 1916 and beyond.

Franky Bostyn, Belgian Ministry Of Defence, tells the programme-makers – DoubleBand Productions: “I think you made the photographical, World War One, discovery of the century.”

Hackney set off on October 03 1915 from Belfast to fight in the First World War. He took his camera with him. He returned with a unique collection of images, unseen until now, that provide a window into what it was like to live, and die, on the Western Front.

Who was this man? How did he manage to capture these remarkable scenes from a range of sites at a time when unofficial photography was illegal on the Western Front?

The Man Who Shot The Great War, tells the remarkable story of Lance Corporal George Hackney.

For the first time, viewers will get to see some of the most evocative images he shot and follow George’s own ethical and spiritual journey. Documented in his diaries, the film explores the profound effect war had on him. What transformed a man from fighter to pacifist, from Presbyterian Elder to the man looking for answers and embracing a new eastern religion, the Bahá’í faith, in later life?

The landmark programme, made for BBC Northern Ireland by DoubleBand Films, includes George’s images of soldiers starting their journey – crossing the sea to war, relaxing with friends and comrades and life in barracks on the Front Line. These contrast with images from the first day of the Battle of the Somme, life in the trenches and poignant reminders, that for many soldiers, they would never return home.

The one-hour film includes expert insight into George’s photographs and his personal journey from historians, authors and friends and tries to uncover what his duty was in the war and how he got such remarkable access. George’s words, captured in his diaries, are brought to life through dramatizations by actor Ian McElhinney taking on the role of George. Viewers can retrace young Hackney’s steps through the battlefields of Belgium and France where George courageously stood with his camera, and back to the very house in Belfast where he lived and which has lain almost untouched since his death in 1977.

George donated his collection of photographs to the Ulster Museum before his death. The photographs used in the film are courtesy of National Museums Northern Ireland and will form part of an upcoming exhibition there about the Great War.

Producer Dermot Lavery of DoubleBand Films said: “The full philosophical implications of George Hackney’s remarkable journey from the Battle of the Somme to the end of his life only revealed themselves as we prepared to make this documentary. He was in fact just a simple, modest Belfast man – but a man whose message still rings true even today. In a way all we had to do was not let him down.”

The Man Who Shot The Great War is on BBC One Northern Ireland tonight, November 17 at 9.00pm.