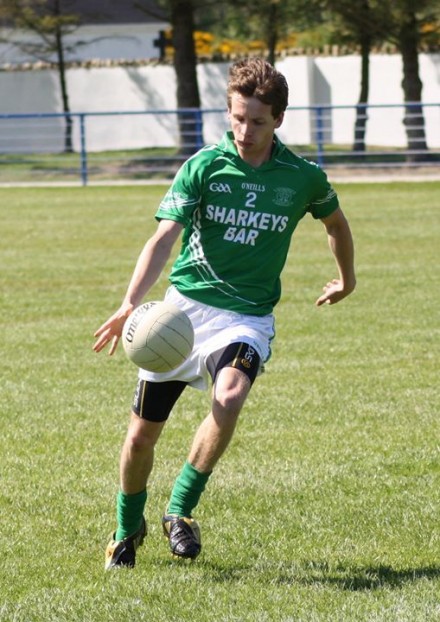 Mulholland in action for Naomh Muire before he emigrated to Australia.

Mulholland pictured with the other ex-pats selected on the NSW GAA team which will play the Australian Compromise Rules Team tomorrow in Sydney.

Mulholland will be part of the New South Wales GAA representative side which will play a warm-up match against the Australian side ahead of their clash with Ireland on Saturday.

Mulholland is expected to start the match which takes places tomorrow at the Sydney Olympic Stadium.

Mulholland was an outstanding full-back for Naomh Muire and was regarded as one of the club’s finest players before deciding to emigrate to Australia a few years ago.

Mulholland is the sole Donegal representative on the side, and he’ll no doubt pass on his knowledge of the Australians to his fellow Donegal men Neil McGee and Michael Murphy ahead of the first-test between the two countries on Saturday.