Daniel O’Donnell has said he has no regrets about not becoming a father. 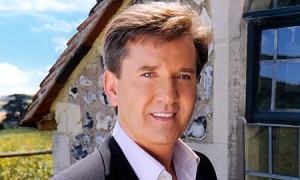 The 52 year old star was 38 when he met wife Majella who was 40 and had two children of her own.

But the Kincasslagh-born star says he never worried about not having children of his own.

“I don’t know what that would be like but I never had any longing for fatherhood.

“I’ve known Siobhan and Michael (Majella’s children) since they were 11 and nine, not that I was parenting them. I was always aware that Raymond was their father,” he told the RTE Guide.

Daniel also revealed that he misses his late mum Julia terribly after she passed away in May aged 94.

“We miss her greatly because she was such a big character. She was a mother and father to me, because my father died at the age of 49,” he said.