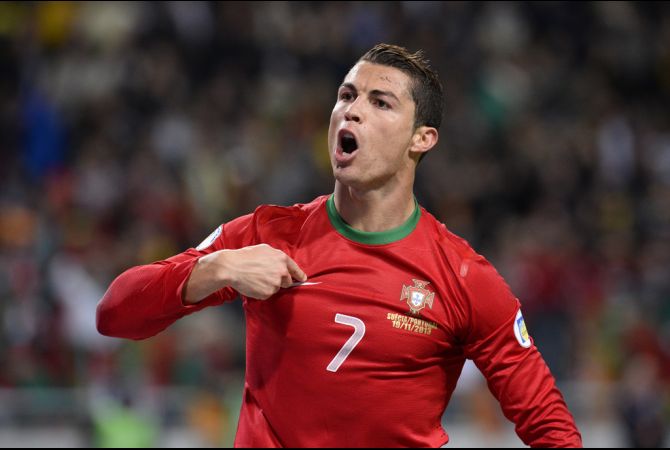 HE is arguably the world’s greatest footballer.

It’s all part of a massive charity dinner at the Mount Errigal Hotel in Letterkenny on Friday, December 5th being run by Danny – who plays Buster in the TV hit Mrs Brown’s Boys.

Danny, who lives in Manorcunningham, persuaded the Real Madrid star to send a signed jersey for the celebrity dinner auction which will raise money for Lurgybrack School Autistic Unit and the Paediatric Unit at Letterkenny General Hospital.

But the actor, also co-manager at Lagan Harps this year, didn’t stop there. He has also got his hands on a Manchester United jersey from Alex Ferguson’s last game in charge – signed by the team which won the Premiership.

And he’s got his hands on Seamus Coleman’s boots, a signed and framed Liverpool top from team captain and legend Steven Gerrard and a golf flag signed by World No1 golfer Rory McIlroy.

“I am over the moon,” said Danny today.

“I am very grateful to Ronaldo because he is such a star and he had no hesitation in responding and sending a signed Portugal top for our auction on the night.

“I’m not a Man United fan but the jersey we got from Old Trafford is very special, signed by Sir Alex and all the players who won his last Premiership there.”

There will also be thousands of euro worth of prizes in raffles on the night too.

The themed celebrity dinner will see Danny and his celebrity pals including singer Ryan Sheridan and cast members from Mrs Brown’s Boys and Love/Hate serving dinner to the guests on the night.

“It’s going to be a fabulous evening,” added Danny.

The people of Donegal have responded in their droves – and there are just six tables left.

Anyone wanting to book seats or an entire table should call the Mount Errigal Hotel on 07491 22700.