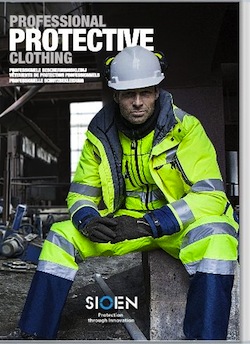 A well-known West Donegal company has left workers in shock after it announced this evening that it is looking for a number of voluntary redundancies.

It has not yet been confirmed how many jobs will be lost at Sioen Ireland in Gaoth Dobhair.

It is not know how many jobs will be lost but it is understood that management are seeking the voluntary redundancies as early as next week.

Some of the company’s production is being transferred to its sister company in Romania.

The company, which has been more than 30 years in operation locally, makes uniforms for many groups including the PSNI, the Gardai and also made lifejackets.

“This announcement by management at Sioen Ireland in Gaoth Dobhair has come as a huge blow for the local area – not least its dedicated and loyal work force.

“I have spoken with a number of employees at the facility, and what is obvious is that this decision by Sioen has come as a very big shock and they are naturally extremely saddened by this announcement.”

“Having spoken with staff this evening, I understand that the offer of voluntary redundancy has been made to some workers within the production arm of the company, with staff having been told that they can apply for the package next week.”

“The factory here in Gaoth Dobhair has been here now for quite a number of years and is extremely important to this part of Donegal. It employs approximately 30 people from the surrounding area and this move is going to cause an awful lot of upset for these workers.”

“I would now call on the relevant authorities, including Údarás na Gaeltacht, to intervene in this matter in an effort to avert this decision by the management of Sioen and hopefully secure the future of the facility here.”

Údarás na Gaeltachta say they are disappointed at the decision made by Gairméidí to transfer some of its production capacity, but welcomes the announcement by the company that it is to continue its manufacturing operations on the Gaoth Dobhair Business Park, albeit at a reduced scale.

“The company is operating in a highly competitive market and faces firm competition from other low-cost production economies. Management has indicated the need to consolidate its operations and reduces its overall costs.

“Gairméidí (Sieon) currently employs 34 people and Údarás na Gaeltachta has supported and worked closely with Gairiméidí since they were established in 1981. The company manufactures a range of high-end technical protective clothing for a number of markets, and include rainwear, high visibility clothing and flame retardant clothing.”

The company has announced that SIPTU will take part in the consultation process and work with the employees to ensure that they have the opportunity to seek voluntary redundancy.

“Údarás very much regret the implications that this proposal will have for the company’s employees in Gaoth Dobhair,” added the statement.

The announcement comes just months after Largo Foods announced the closure of its plant on the same business park.