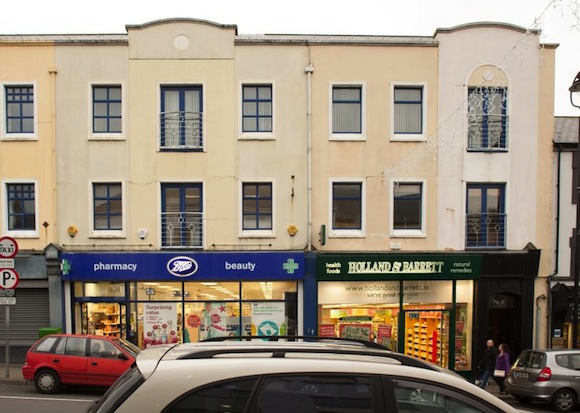 DONEGAL PROPERTIES WORTH ALMOST €1 MILLION TO GO UNDER HAMMER

The commercial premises in Letterkenny which goes under the hammer with a reserve price of €740,000.

Properties in Co Donegal worth almost €1 million will go under the hammer at All-Sop auctions in December.

The most notable property is a mixed commercial premises on Letterkenny’s Lower Main Street which contains Boot’s Chemist and Nature’s Way health shop which has a reserve price of €740,000.

The combined rental income from these premises is more than €200,000 per annum.

Other lots in Co Donegal to go under the hammer are three separate apartments at Railway Court which each have reserve prices of €20,000.

Meanwhile a terraced house in Lifford is also to be sold at the auction.

Eske Cottage, which is on the Letterkenny Road, is a two bedroom home with a reserve price of €25,000.

The properties will go under the hammer at two All-Sop auctions in Dublin in December.