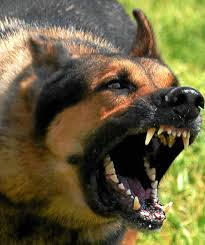 A farmer in Leitirmacaward has appealed for locals to be on the lookout for a dangerous dog that has killed a number of sheep in the area.

James McGettigan from Toome, Leitirmacaward contacted us at Donegal Daily in an effort to spread the word about the dog running loose around the area.

Mr McGettigan said the dog has already killed a number of sheep in the area, and will continue to do so until it’s caught.

He said the dog needs to be caught and destroyed as quickly as possible and its owner brought to the attention of the Gardai.

Mr McGettigan told Donegal Daily, “Sheep farming is our lively-hood and this situation is out of control.

“We can’t sit idly by and let our sheep be killed by a crazed dog, it’s a barbaric way for any animal to die and it has caused huge tension amongst locals in the area.

“We plan to prosecute the owner of the dog, and have the animal destroyed as soon as it’s caught.

“I’d appeal to anyone in the local area to keep an eye out for the dog, if anyone does see it then can contact me at anytime.”

FARMER CALLS FOR LOCALS TO BE ON THE LOOKOUT FOR SHEEP KILLING DOG was last modified: November 20th, 2014 by Mark Forker