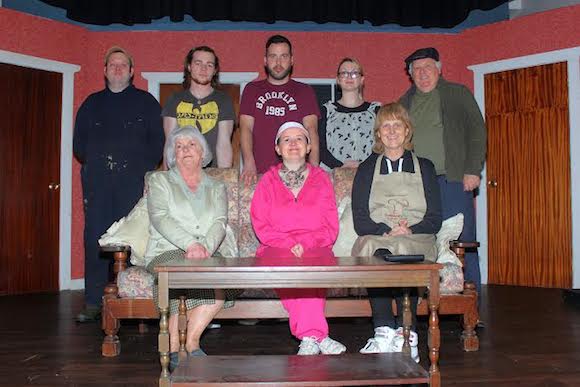 THE  cast of the Moville Drama Group are busy in rehearsals for their production of this year’s play “The Maiden Aunt”.

The play runs from Friday 28th to Sunday 30th of November and again from Tues 2nd to Saturday 6th of December starting at 8pm sharp.

The play is about Gertie O’Grady, a retired teacher and spinster, who comes to stay with her niece after a spell in hospital.

Wills, death and money all play a part in what happens next!