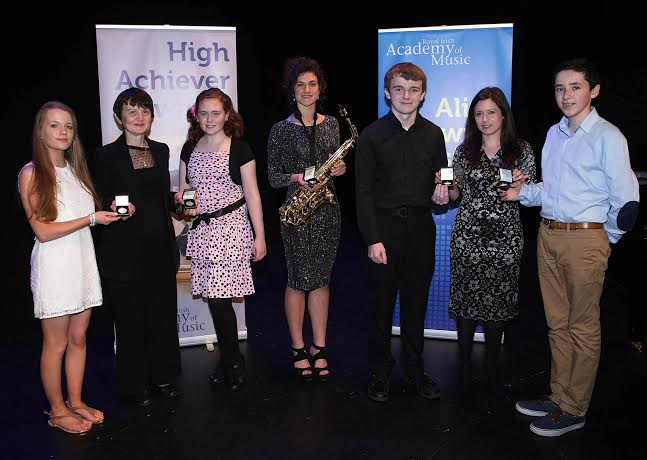 It was showtime for talented students from across the county who were presented with medals of achievement from the Royal Irish Academy of Music at a special concert held at the Waterside Theatre in Derry.

The Ulster RIAM High Achiever Award 2014 winners received their medals for outstanding results in music and speech and drama exams held during the summer.

The RIAM High Achievers concerts represent a selection of the talent from the 43,000 students that were examined at the Local Centre Exams in the past year.

The concerts are one of the highlights of the RIAM calendar because they provide an opportunity to celebrate all the talented students around Ireland and also to acknowledge the hard work of the students, teachers and parents.

Among the award winners were members of the Donegal Chamber Orchestra, Donegal Youth Orchestra, Intermediate Orchestra and the Errigal Groove Orchestra.

Concert performers on the day included:

Aisling Sharkey (aged 16) from Cruit Island, Kincasslagh sang “Se Tu M’Ami” by Pergolesi and “Think of Me” from “Phantom of the Opera” by Andrew Lloyd Webber.

Ciaran Traynor (aged 12) from Ballybofey performed “When the Rain Song Begins” by Manfred Schwitz and “Tocatina” by Dmitri Kabalevsky on the piano.

Aoife Walsh (aged 15) from Glenmakee, Carndonagh performed “The Liberty Bell” by J. P. Sousa and “Call it a Day” by Pam Wedgwood” on the flute.

Jessica O’Brien (aged 17) from Drumcarbiutt, Malin sang “Think of Me” from “Phantom of the Opera” by Andrew Lloyd Webber, and “Behind These Hazel E.