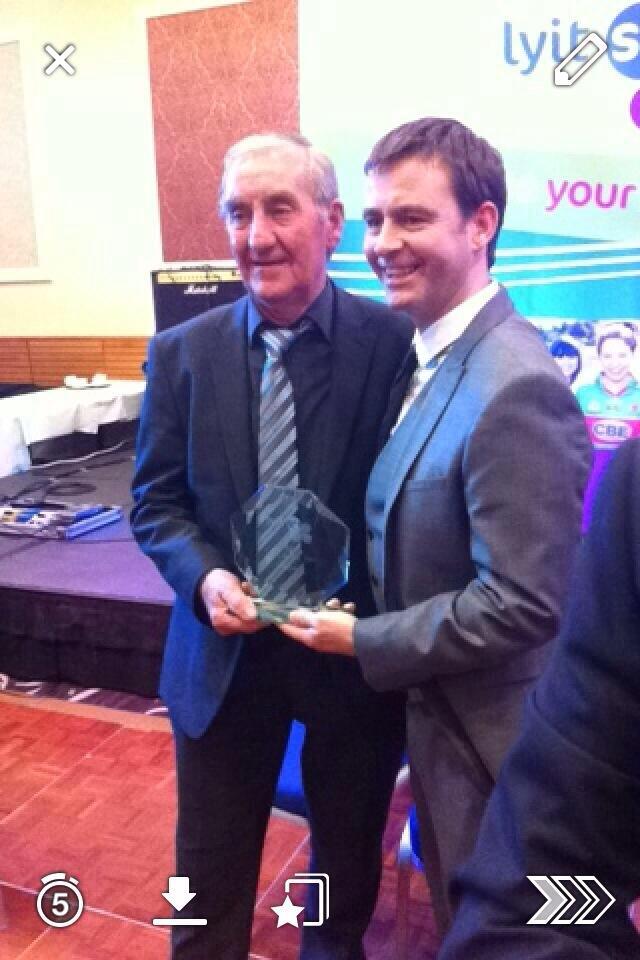 The Dream Team: Niall McGonagle and Tommy Harkin have guided LYIT to another All-Ireland semi-final.

LYIT Men’s Soccer team produced a stunning comeback victory tonight to secure a spot in the last four of the All-Ireland series.

Niall McGonagle’s side looked destined to exit the competition when they went in at the interval trailing 2-0 at half-time.

However, a spirited and sensational second-half performance ensured LYIT would play in the All-Ireland semi-final which takes place in the New Year.

LYIT struggled to settle early on, and Carlow whose players train full-time as part of their course completely controlled the match.

They scored midway through the first-half capitalizing on a defensive lapse in the LYIT defence.

They added a second just before half-time, and at that stage it looked grim for LYIT.

The combination of a Niall McGonagle hairdryer and the introduction of Anthony Appiah swung the game back in the favour of LYIT.

Cathal McDaid pulled a goal back almost straight from the re-start and then the outstanding Peter Doherty scored a brace of goals from two corners to put LYIT in the driving seat.

Further goals from Daire McDaid and Steve Okapu sealed the deal and ensured Niall McGonagle’s side were heading to the semi-finals.

LYIT have home advantage in the semi-final and they’ll face Cork’S CSN in the New Year.

Well done to all the management and players and we wish them a safe trip home this evening from Carlow.