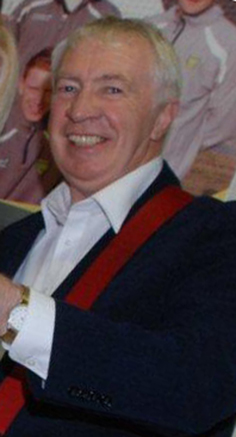 A heroic bus driver who saved 34 pupils from a burning bus says he feared it was going to explode.

Brian McLaughlin took only a few seconds to get the terrified pupils off the coach in Letterkenny yesterday morning.

The frightening incident took place just after 8.30am as pupils were traveling to a number of different schools in the Letterkenny area.

The 61 year-old driver from Creeslough thought he had smelled smoke just seconds earlier and had stopped the bus to ask some of the students at the rear of the bus did they notice a smell.

But when nobody got the smell he drove on for another few hundred yards.

However, suddenly smoke began to engulf the outside of the coach, which belongs to Marley’s Buses, forcing Brian to pull over and evacuate the bus.

Brian revealed, “All of a sudden I noticed smoke outside and then flames were coming up around the bus.

“I needn’t tell you it was frightening because when you see flames you just never know what can happen.

“The pupils were very good with a lot of the lads getting out the back door while the girls and those up the middle and front of the bus got out the front.

“In all it took about 12 seconds because I was shouting so much at them to get out.

“The main thing is that they all got out safely and nobody was hurt but it was frightening all the same,” he said.

Brian McLaughlin managed to get all the pupils off this burning bus in just seconds. Pic by Donegal Daily.

Brian ushered the pupils down the road away from the case in case it exploded.

But, not thinking of his own safety, he returned to the burning bus to check if there was anybody left on board.

“You just never know. Somebody could have fainted or returned for their bag or phone as some of them did drops phone I think.

“But there was nobody on the bus and I asked a man to call the fore service and Gardai then,” he revealed.

Gardai and the fire service at the scene of the bus fire. Pic by Donegal Daily.

None of the pupils from the nearby Loreto Secondary School or St Eunan’s College were hurt in the blaze which destroyed the bus.

The Gardai and the fire service were on the scene in a couple of minutes and brought the blaze under control.

A full investigation has now been launched into the cause of the blaze.

One theory is that an electrical fault may have led to the bus catching fire.

Bus driver Brian, who has been driving buses for sixteen years without any kind of accident before, is also a well-known musician.

“I might write a song about it but I certainly won’t be singing ‘Ring of Fire’ for a while,” laughed Brian who put on a brave face despite his experience.