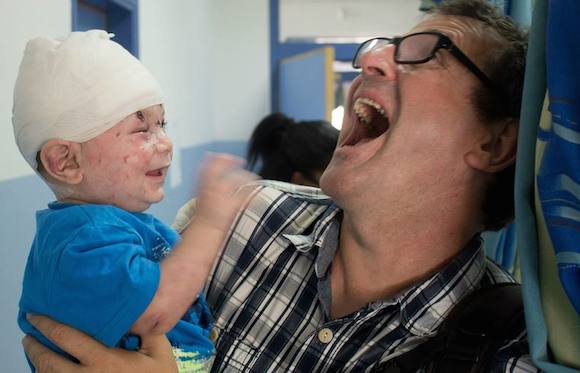 SPECIAL REPORT: Donegal musicians John Cutliffe and Rory Gallagher team up with a multitude of Irish and international talent to raise money for children in Gaza.

The summer of 2014 war was devastating the Gaza strip. More than 2,000 people were killed, 600 of which were children.

Donegal musician John Cutliffe was in East jerusalem when he heard that patients from Gaza were being brought to Palestinian hospitals in the area. He went for what he thought would be one visit to see if there was anything he could do. That was the start of five weeks of daily visits to three different hospitals in the area.

The wounded were men, women and children. in many cases they had lost everything including most of their family members, their homes and all their belongings. John along with other volunteers would visit the patients, find out what they needed and then go shopping to find them the essentials to just get by in the new scary surroundings.

The children especially moved John and he was often overcome with emotion he had to find a quiet place to break down a little. Most people needed a lot of items but all they really wanted was to have someone visit them and understand. In the weeks John and his friends were there they saw horrific injuries and many of the patients died while they were in the hospital.

John wrote a song for a little girl he met there called Shyma, who symbolised the sheer horror of what was happening. She was just four and had seen most of her family killed in the explosion that injured her. She was innocent and scared and hurt. One day when John was chatting to her she finally smiled for the first time.

The next morning while waiting for a lift John wrote the bare bones of the song.

“The melody of the verse was there and Shyma’a smiled lyric but very little else, just a feel for what it should be,” he said.

John sent the shell of the song to his friend Rory Gallagher from Kilcar, Co. Donegal in Lanzarote who finished it, making it a modern day lullaby for peace.

Now John has gathered friends from the UK, Ireland and even Jerusalem to sing and play on this song. With a zero budget he and some very talented and helpful people recorded in studios all over the world to work on this song, sending tracks to John in his current home of Amman in Jordan. The final tracks are being mixed in Nashville by a top engineer.

All profits from the downloads of the song will go to two charities helping children in Gaza as they face an uncertain future – The Palestinian Red Crescent and The Qattan Center for the Child.

You can find more details & dates of when the song will be released on https://www.facebook.com/shymasmiled 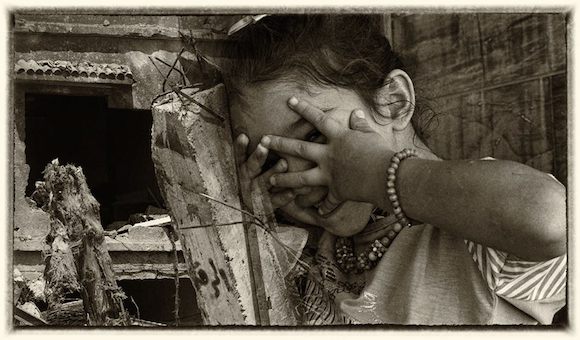