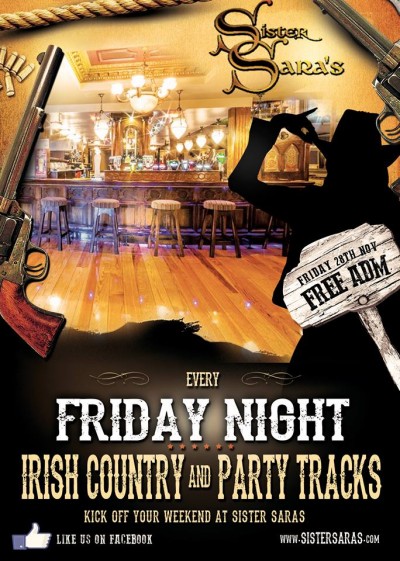 Sister Sara’s ‘Irish Country’ night, which has been held every Friday over the last number of weekends has been heralded as a massive success.

Since re-opening under new management a number of months ago, Sister Sara’s has flourished.

It has now firmly re-established itself as one of the best venues in Letterkenny.

On Saturday, you can watch all the LIVE Barclays Premier League action on all their big screens.

While later that night resident house DJ Marty Curran will be getting you in the party mood.