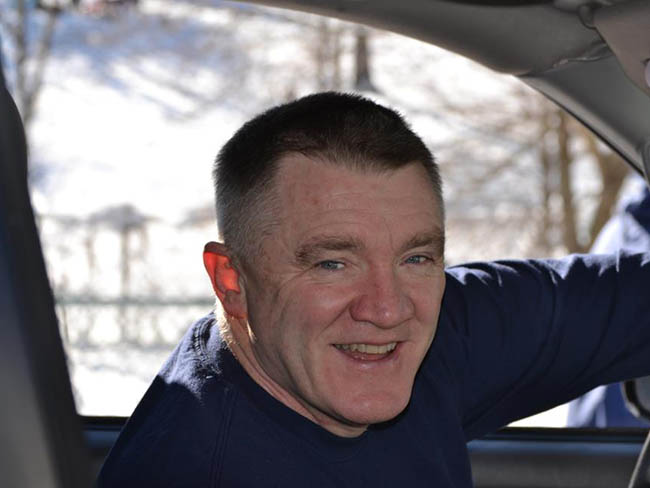 A CO DONEGAL man is set to be given a special award at a ceremony in America this week.

Mark Porter is being honored with an Irish Heroes of New England award in recognition of his fundraising efforts to benefit both community organizations and cancer research.

Mark has spent the last nine years tirelessly fundraising for local charities in Boston in an effort he hopes will “pay it forward.”

In 2005, Porter, received terrible news from his Doctors. He had cancer. With three young children at home, Mark, faced an uncertain future for both him and his family as he battled non Hodgkin’s lymphoma.

Thanks to treatment at the Dana Farber Cancer Institute, the Irishman successfully beat the disease but since then, Porter, has been on a personal crusade to do what he can for those who need it most.

The Quincy based carpenter said: “I went through all the surgery, chemo-therapy and recovery and thankfully came out the other side of it. I was able to beat it thanks to the research that had been done prior to my sickness, my wife had a husband, my children had their father…but I had no-one to thank for it [the research]…

“I told myself at the point that when I got better… I was going to be that person that helped a father, a mother, a son or a daughter, a family. I wanted to invest in the future of my family, of my friends families and anyone else that might need it, knowing that every little that I do to help…helps!”

Since being given a clean bill of health, the Donegal native has spent his time fundraising by whatever means possible. His efforts include running nine consecutive Boston Marathons, as well as taking part in numerous fundraisers along with organizing the popular annual charity boxing event, Battle at the Bay, which is now in it’s fourth year. For his efforts, the Irishman has raised over $300,000 for local cancer charities.

“To raise that amount of money is phenomenal but that is a community effort,” he said, “I could not raise that money without the support of the people of Boston and for that I am very grateful.”

However, Porter, wanted to do more.

In 2012, he co-founded the Let’s Stop Cancer Foundation (LSC), an organization set up to help individuals diagnosed with cancer and their families meet the practical needs of rent, mortgage, food, bills, insurance and anything else that will help ease their worry during this stressful time.

Said Mark: “When a family member is going through a sickness, all the focus needs to be on them, not on small everyday household issues. Our organization is there to help ease that pressure on the family by helping in whatever we can. Paying bills, food shopping, organizing babysitters, ….whatever is needed to help that family during this difficult time, we have them covered.”

Further adding “These type of small efforts go a long way in helping these families,”

The cancer survivor admits “Our success as a non-profit is being built on the misfortune of others but it is a foundation that is truly needed. All the families that have received our help are very grateful to have some one there with a helping hand when they need it most and that makes it all worthwhile”

“My hope is that there will be less and less need for our organization or others like us, I hope people don’t have to suffer financially whilst suffering health wise. Until then, LSC will be there to give our full support to individuals and families who need us in their darkest hours.”

For more information on the foundation, visit www.lscnow.org