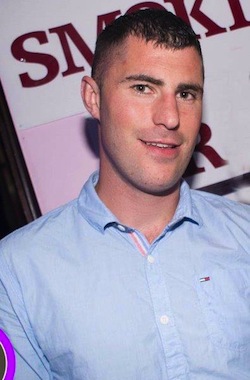 MAN WITH €10,000 IN ATTIC FOUND GUILTY OF DRUG-DEALING

A jobless Letterkenny man found with €10,000 of cash in a jar in his attic claimed he had saved the cash from odd gardening jobs.

Gardai raided the home of Ciaran McCormack after they stopped him and found two bags of cannabis in his car worth €570 as well as more than €300 in cash.

Officers suspected the money came from the proceeds of drug-dealing, arrested McCormack and then searched his home at Lurgy, Letterkenny on August 22nd, 2013.

Having searched McCormack’s home, they discovered €10,000 in cash in one thousand euro denominations in a jar hidden under insulation in his attic.

Also found in the house was some more cannabis and bags in which the original cannabis was found when McCormack was first stopped.

Gardai returned to Letterkenny Garda Station where the suspect had ben detained and he was questioned on three different occasions.

However Letterkenny District Court heard how the 26 year old said he had “chipped in with friends” to buy the cannabis for their own use.

He also denied on a number of occasions that he was selling the cannabis.

He claimed the cash came from odd gardening jobs and some had also come from a claim of €12,000 he received when he was aged 21.

Garda Paul Harte said he and Garda Derek Connaughton stopped McCormack on the Port Road and smelled cannabis in his BMW car.

He discovered the two bags of cannabis under the car’s gearstick as well as the cash.

Garda Harte said he also noticed McCormack was holding his phone but he refused to hand it to Gardai and a struggle ensued before Gardai eventually took possession of it.

He was asked for the PIN number of his phone but told Gardai “I don’t have to give you that.”

Defense solicitor Frank Dorrian argued that there was nothing against someone having money in their home and it did not make them a drug-dealer.

He also said that McCormack could have bought a larger volume of cannabis for his personal use so as to avoid detection buying smaller amounts.

However, having weighed up the evidence, Judge Paul Kelly said “he (McCormack) was clearly making it up as he went along.”

He said the accused man claimed that he chipped in with friends to buy some cannabis when he had €10,000 in savings.

Judge Kelly said he was seeking a probation and community service report before he disposed of the matter.

He adjourned the case until February 2nd.

A stay was put on the cash while a destruction order for the cannabis was granted.

Legal aid was also granted in the case.

MAN WITH €10,000 IN ATTIC FOUND GUILTY OF DRUG-DEALING was last modified: December 2nd, 2014 by Stephen Maguire