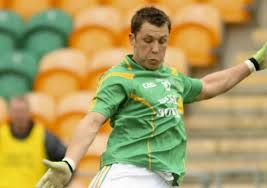 Leitrim star Paul Brennan is seeking a transfer from Melvin Gaels to Bundoran.

Leitrim GAA star Paul Brennan has requested a transfer from his club Melvin Gaels to Bundoran.

It is believed the reason Brennan wants the transfer is because he wants to pave a path into the Donegal set-up under new manager Rory Gallagher.

Brennan has ambitions of competing at the very highest level inter-county football has to offer.

It is believed he feels that the best option of achieving that is with Ulster SFC winners and All-Ireland Finalists Donegal.

His transfer request comes hot on the heels of the decision by star forward Emlyn Mulligan to take a year out of the game.

Rory Gallagher is continuing to run the rule over a number of club players he has regularly gathered for trials.

Gallagher hopes the trials can unearth some players who are capable of performing at inter-county level having enjoyed good season with their clubs.